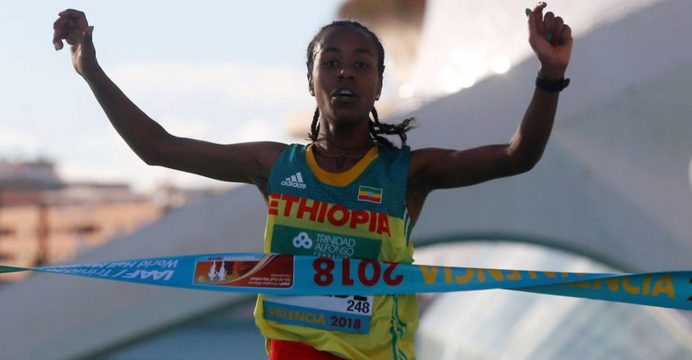 Ethiopa’s Netsanet Gudeta broke Kenya’s dominance in the World Half Marathon Championships by smashing the women’s only race world record in Valencia, Spain on Saturday.

Kenyan women had swept the medals at the previous two championships but Gudeta pushed on alone from 15 kilometers to win in a time of one hour, six minutes and 11 seconds. 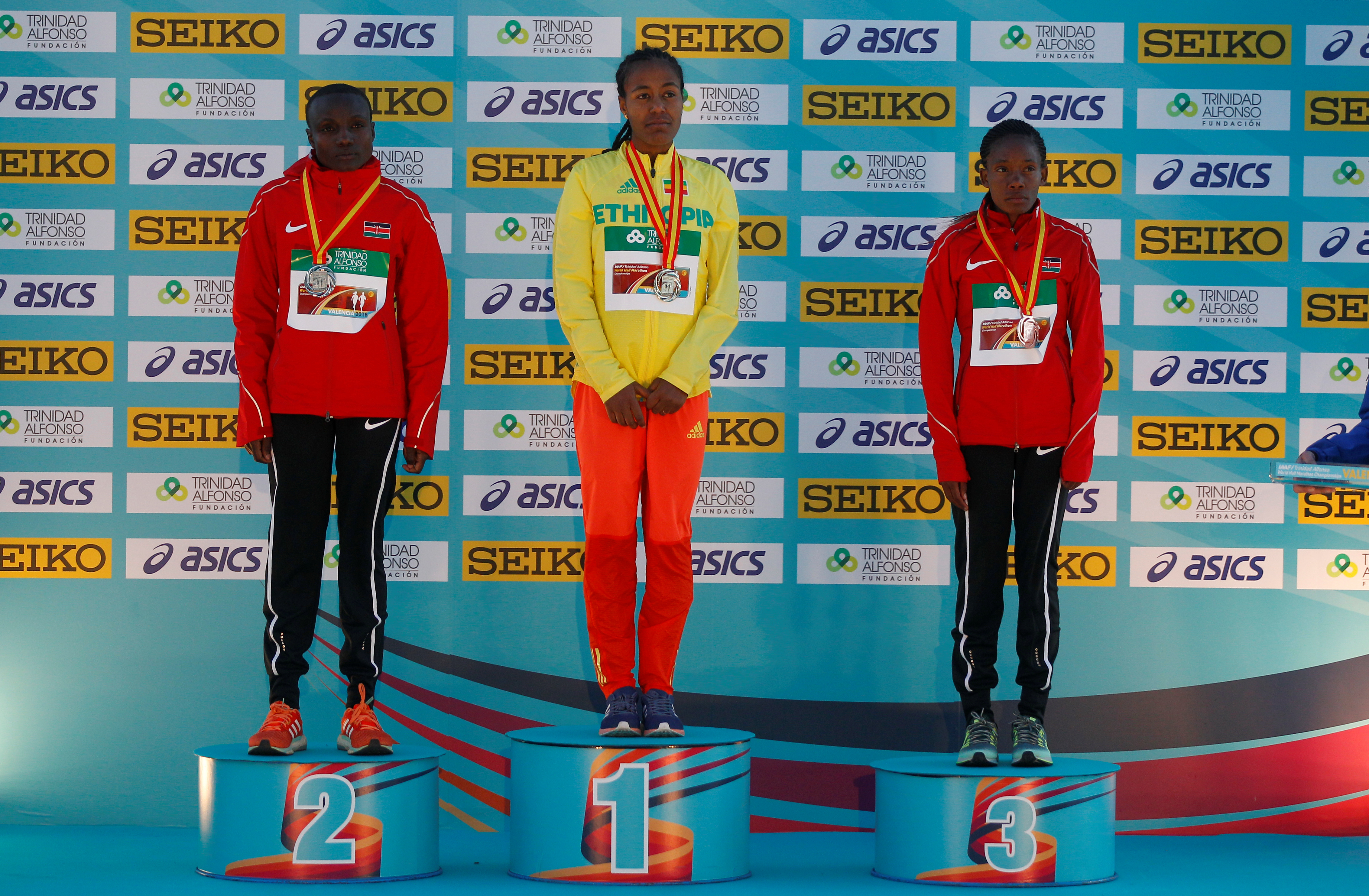 The previous record for a single-sex race was set by Lornah Kiplagat in Udine, Italy in 2007.

Earlier, Geoffrey Kamworor won his third successive title in the men’s event in a time of 1:00:02. The Kenyan, who won silver in the 10,000 meters at the 2015 World Championships in Beijing, was followed over the line by Abraham Cheroben of Bahrain and Aron Kifle of Eritrea.