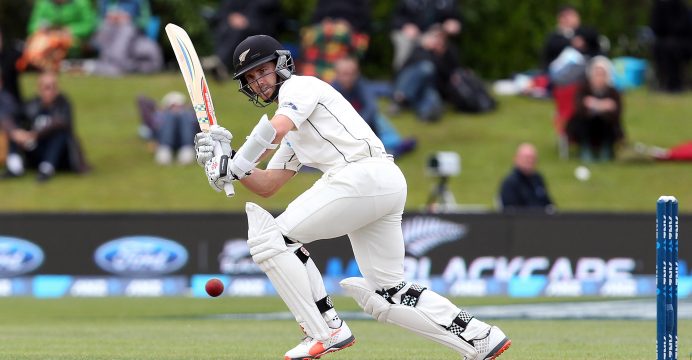 Kane Williamson became New Zealand’s most prolific century-maker when he reached the three-figure mark for the 18th time on the second day of the first Test against England on Friday.

The 27-year-old sealed his milestone century with a single off James Anderson through gully as New Zealand extended their lead over England in the first session.

An over after Williamson reached his 100, and without addition to the score, the players left the field when light rain began falling.

Occasional showers are forecast throughout the afternoon in Auckland.

Williamson, who scored his first Test century on debut — 131 against India at Ahmedabad in 2010 — shared the previous New Zealand record of 17 with Ross Taylor and the late Martin Crowe.

The world record for Test centuries is held by the now-retired Indian master Sachin Tendulkar with 51.