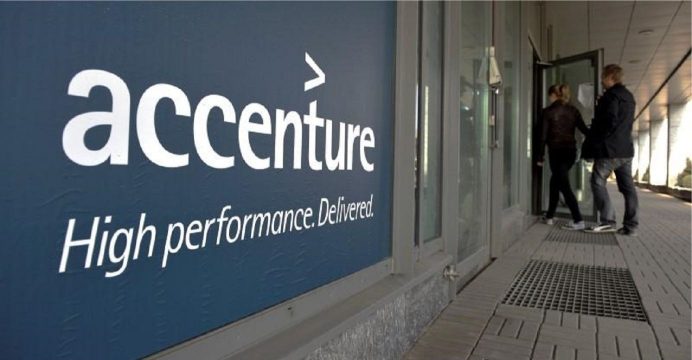 Accenture now expects fiscal 2018 operating margin — profit as a proportion of revenue — of 14.8 percent, a level consistent with results in fiscal 2017, but lower than the 10- to 30-basis-point expansion originally expected by the company, reports Reuters.

Dublin-based Accenture flagged lower profits from services for healthcare and public service clients as well as higher spending as reasons for the revised forecast. The company also said it expects operating margin to expand in the second half of the year.

Accenture has spent more than $3 billion over the last three years — nearly half of it in fiscal 2017 — on some 70 acquisitions, to boost its digital and cloud services in order to compete better with Cognizant and IBM.

Those services helped Accenture grow net revenue by 15.2 percent to $9.59 billion in the second quarter ended Feb. 28, the biggest increase in at least five years.

The digital and cloud services, which Accenture calls “the New,” also made up more than 55 percent of revenue, reaching a record level.

“‘The New’ is really impacting across the board,” Chief Executive Pierre Nanterme said on a call with analysts.

Accenture began investing in businesses such as digital marketing and cybersecurity about five years ago, compared with its peers that began a similar effort only one or two years back, said Wedbush Securities analyst Moshe Khatri.

The company forecast current-quarter revenue between $9.90 billion and $10.15 billion, well ahead of analysts’ average estimate of $9.68 billion.

Net income attributable to the company rose to $863.7 million in the second quarter, from $838.8 million a year earlier. Accenture reported earnings of $1.37 per share in the latest quarter.