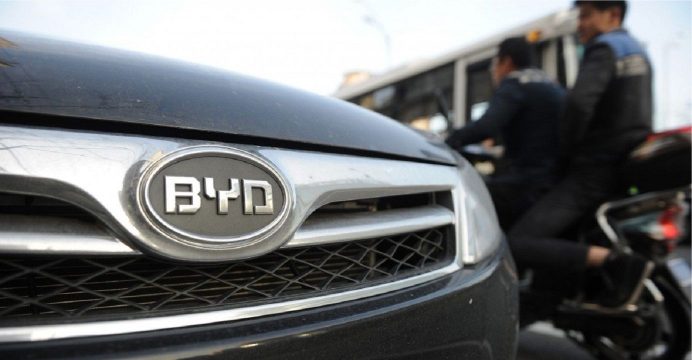 BYD Co to open a battery recycling plant in Shanghai

BYD has been building the plant and will hold an opening ceremony in April or later in the second quarter.

Chinese electric vehicle (EV) maker BYD Co will open a battery recycling plant in Shanghai in the second quarter as it looks to reduce raw material costs and help to address battery waste, a spokeswoman said on Wednesday.

BYD has been building the plant and will hold an opening ceremony in April or later in the second quarter, brand communication manager Mia Gu told reporters.

“The date is not yet fixed,” said Gu, who did not give the capacity of the plant or the amount of investment involved.

Rising costs of EV battery materials, such as lithium and cobalt, are part of the reason for BYD’s move into recycling, Gu said. “But the most important driving factor is environmental protection,” she added.

Delegates at the Chinese parliamentary session that ended in Beijing on Tuesday said the first batch of EV battery waste will hit the market this year, with total battery waste expected to reach 120,000-170,000 tonnes a year by 2020, reports Reuters.

They called on the government to provide new mechanisms to spell out the responsibilities of manufacturers and consumers, as well as more technical guidance and support.

“As a leading EV maker, you have a social responsibility to recycle the battery,” Gu said. BYD has been trialing battery recycling at a site close to its manufacturing facilities in Shenzhen, in China’s southern Guangdong province, for one year already, she said.

The company, which makes EVs and their batteries, plans to raise annual battery production capacity by 75 percent in 2018 to 28-gigawatt hours (GWh) to meet rising demand, Gu said.

All of this capacity is located in China, while the company, which sells its products in Asia, Europe, and the United States, currently has no plans to build a new battery plant overseas.