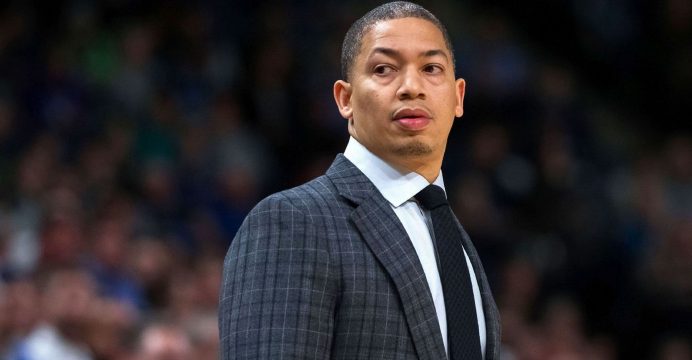 Cleveland Cavaliers coach Tyronn Lue is taking a break from coaching after health concerns forced him from courtside for the third time this season, the team said on Monday.

Lue left Saturday’s 114-109 victory over the Chicago Bulls at halftime after complaining of feeling unwell. His departure came just over a month after he left the court during a game against Orlando on February 6.

He also sat out a game against the Bulls in December.

With assistant Larry Drew standing in on the sidelines, the Cavaliers defeated the Milwaukee Bucks 124-117 on Monday night.

Drew said before the game that he knew Lue was reluctant to step away, calling him a “warrior”.

Lue said in a statement on Monday he was taking a break from coaching duties after revealing he had been suffering from mystery chest pains.

“After many conversations with our doctors and (general manager) Koby (Altman) and much thought given to what is best for the team and my health, I need to step back from coaching for the time being and focus on trying to establish a stronger and healthier foundation from which to coach for the rest of the season,” Lue said.

“I have had chest pains and other troubling symptoms, compounded by a loss of sleep, throughout the year. Despite a battery of tests, there have been no conclusions as to what the exact issue is.”

ESPN reported that Lue expected to be back in time for the start of the playoffs next month, where the Cavs will be chasing a fourth consecutive appearance in the NBA finals after finishing runners-up last year.

Lue, 40, said he hoped to return rejuvenated after his break.

“My goal is to come out of it a stronger and healthier version of myself so I can continue to lead this team to the championship we are all working towards,” he said.

“It’s tough,” James said. “It’s like losing one of your best players. He’s pretty much the captain of our ship. He’s run the thing for the last three years.

“Everyone has to step up, we have coaches in place that are ready for that challenge and we have to do our job as players as well.

“But (Lue’s) health is the most important thing and we look forward to getting him back.”