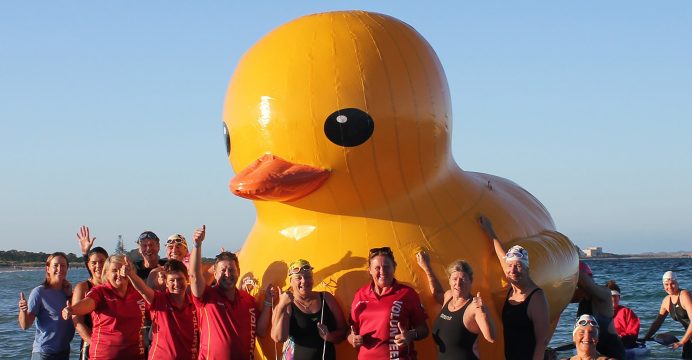 A giant yellow inflatable duck named Daphne that made a break from its moorings in Australia has been located after a week on the lam, its swimming club owners said Monday.

Daphne — the oversized mascot of the Cockburn Masters Swimming Club in Perth — made a bid for freedom on March 11, drifting out into the Indian Ocean and sparking an appeal for help along Australia’s west coast.

Reports of sightings flooded in, including one from 440 kilometres (270 miles) away.

But on Monday a local fisherman revealed that he had spotted the escaping bath toy on the day of its disappearance — just 30 kilometres off shore.

“No-one knew about a missing duck at that point, we didn’t know where did it come from,” Tony Gibb told the Australian Broadcasting Corporation. 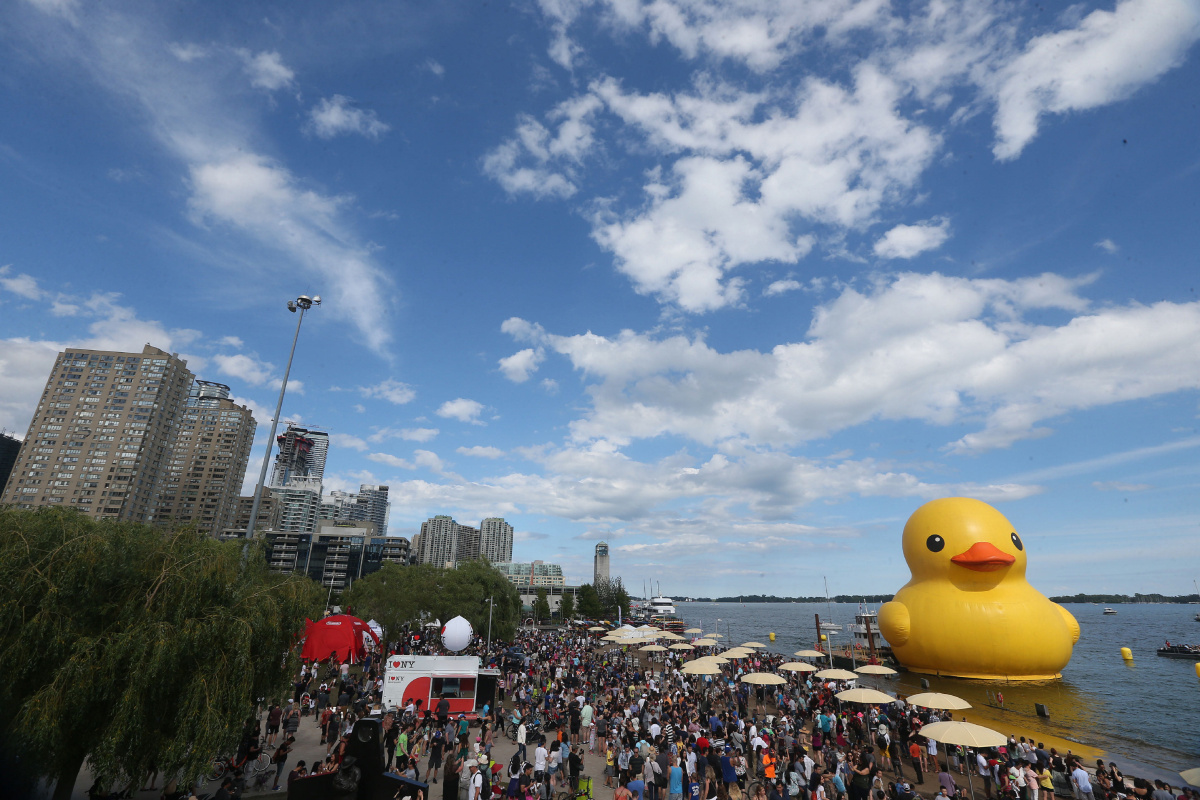 “It looked perfect. It was fully inflated, there was no damage to (it) whatsoever.”

The fisherman towed Daphne back to shore, and said he would return the inflatable soon.

Swimming club president Peter Marr, who made a daring — but ultimately fruitless — dash to catch the duck after it blew away, quipped that he was in “delicate negotiations, and we want Daphne back”.

Hofman’s 18-metre-tall (59-feet) bath toy travelled to different cities around the world, ranging from Brazil to Australia, and spawned many replicas.