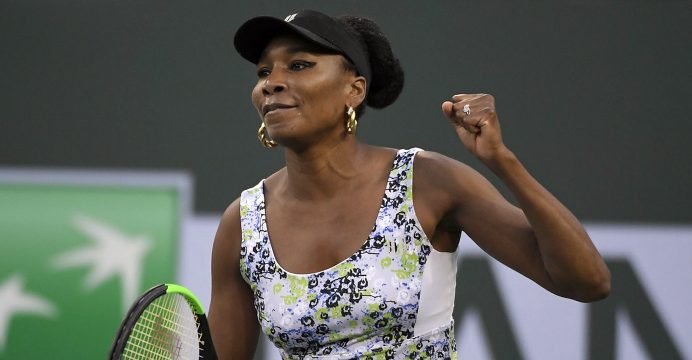 World No. 8 Venus Williams reached the WTA Indian Wells semi-finals for the first time since 2001 on Thursday by routing Carla Suarez Navarro of Spain 6-3, 6-2.

The 37-year-old Williams improved to 6-3 lifetime against the 29-year-old Suarez Navarro as the two veterans faced off for the first time since the round of 16 at last year’s US Open. Williams won that contest in three sets 6-3, 3-6, 6-1.

Williams, who is the oldest player in the women’s draw, will need that experience when she takes the court in the next round against Russian 20- year-old Daria Kasatkina who has been jackhammering Grand Slam champions for the past year and rolling over top 10 players this week in Indian Wells.