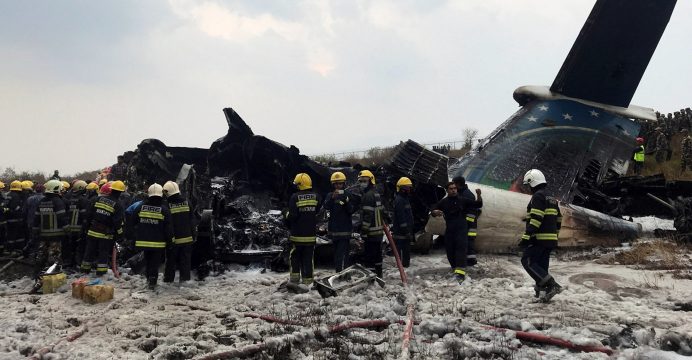 US-Bangla Airlines CEO Imran Asif says in a statement ‘wrong signals’ from the air traffic control tower at Tribhuvan International Airport might have led to the crash of its plane. About 49 people died in the crash, according to media reports.

Asif briefed the media in Dhaka on Monday evening on the identities of the survivors of the plane crash. He said 16 survivors, undergoing treatment in Kathmandu could be identified.

Asif also said a conversation between the pilot, Abid Sultan, and the air traffic control or ATC of the airport indicated the ATC sent ‘wrong signals’ to the pilot.

“We are not accusing anyone now. We suspect it might have led to the crash.” Asif added.

He also said the conversation was available on YouTube, and urged the media to hear and determine what happened before the crash.