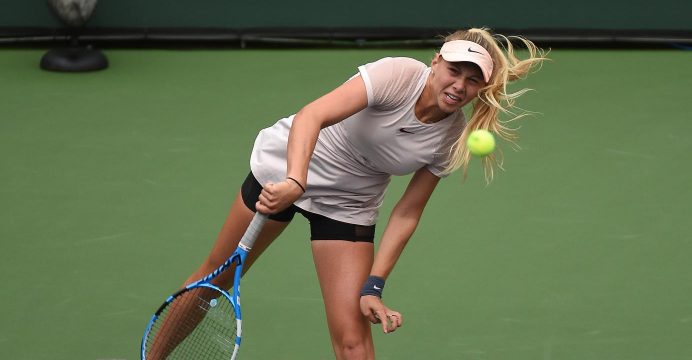 Amanda Anisimova speaks out against guns

Rising tennis star Amanda Anisimova has added her voice to the growing chorus of young people in America who are demanding a crackdown on gun owners following the latest school shooting rampage that killed 17 people.

The 16-year-old American said the shooting struck close to home for her because she has a friend that attends the high school in Parkland, Florida, that came under attack by a lone gunman last month.

“That’s definitely terrible,” she said. “I actually had a friend that goes to that school. It’s really close to me. It’s really sad what’s going on.”

Anisimova, who is the youngest player in the tournament, scored one of the biggest upsets of the WTA Tour event on Sunday by beating former two-time Wimbledon champ Petra Kvitova 6-2, 6-4.

Anisimova, who was born in New Jersey but moved to Miami when she was three years old, thinks firearms should be outlawed. 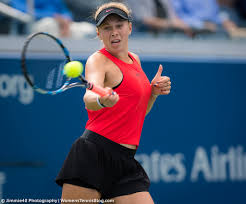 “I think that guns should be banned,” she told reporters at the southern California tournament.

“That’s what my opinion is. I posted that on Twitter. But you should have stricter laws on that for sure.”

On Friday, Florida introduced a law that paves the way for some school staff to carry firearms, but Anisimova doesn’t think it is a good idea to have high school teachers packing.

Asked how her friend is coping with the grief process, Anisimova said, “She was fine, but, you know, she was there, and so it’s definitely something that she has to keep going through.

“All of her friends and everything. So it was a tough day for her, but she was fine.”