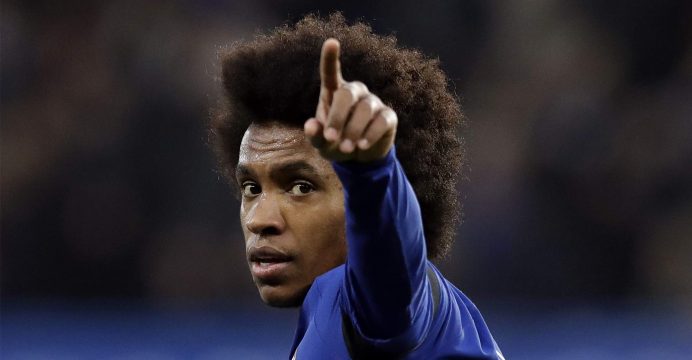 Chelsea manager Antonio Conte praised the all-round contribution of Willian after the in-form Brazilian helped halt a run of back-to-back league defeats ahead of next week’s showdown with Barcelona in Europe.

Willian’s deflected shot opened the scoring in Saturday’s 2-1 victory over Crystal Palace, and it was his clever dummy that created the second, an own goal by Martin Kelly.

He has scored five goals in five games, the best run of his Chelsea career, which is timely ahead of Wednesday’s Champions League last 16, second leg match in Barcelona.

But Conte was also pleased by the forward’s hard work off the ball.

“You can see when a player is in great form, I’m the first to pick him in the starting 11,” the Italian said. “He’s playing in a fantastic way but, I want to underline, not only with the ball – also without the ball. He’s working very hard and he’s helping the team.

“I think that he has shown great maturity at this point of his career. In my heart I hope to see him at this level, continuing these performances. It’s very important to have a balance in the team because when you don’t have that balance anything can happen.” 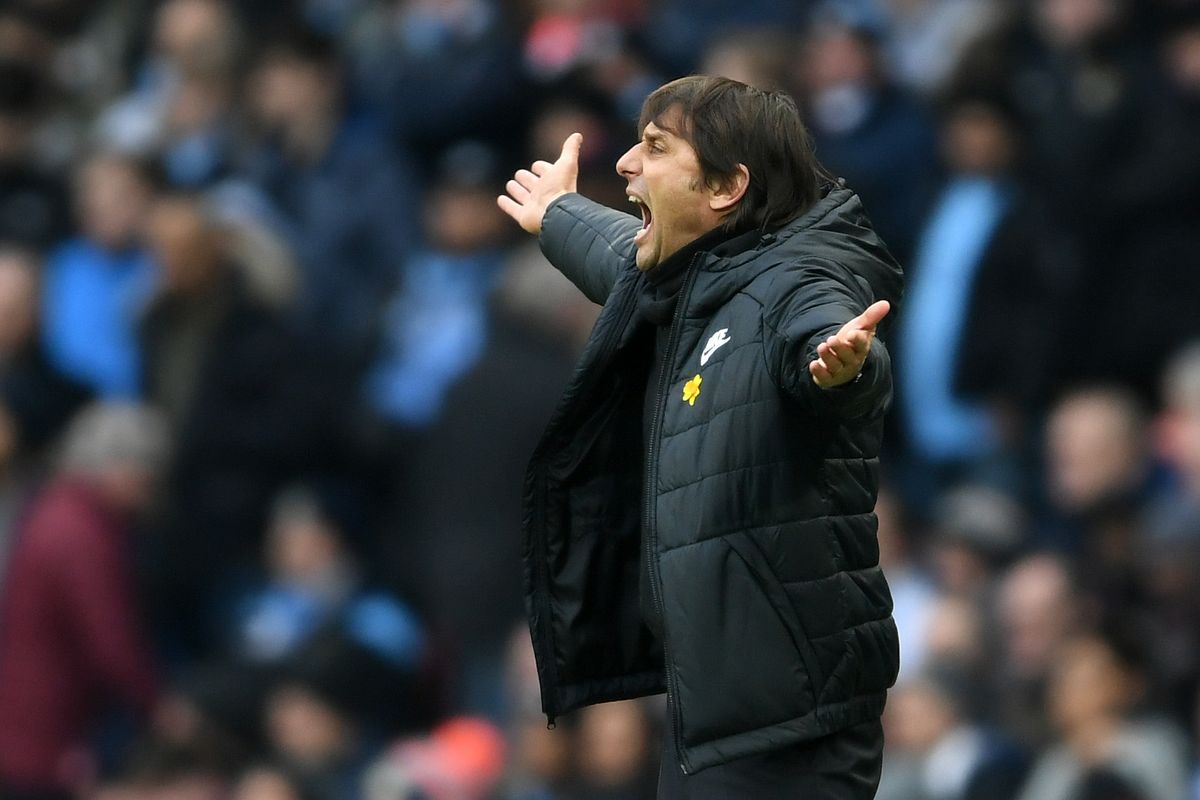 Willian also had a shot blocked on the line by James Tomkins and a free- kick saved by Wayne Hennessey as Chelsea went for a third goal, eventually leaving themselves open to a late consolation for Palace. Olivier Giroud might have had a hat-trick but is still waiting for his first Chelsea goal in the Premier League.

“We made a lot of chances and it was a pity that they scored the goal and we had three minutes that were a bit nervous,” Conte said. “You hope to finish the game more relaxed. But it wasn’t just Olivier. Many players have had chances to score, not only Olivier.

“We must be pleased with his commitment. He hit the post and in the first half a defender cleared a chance. He was a bit unlucky.

“For sure in this league you must keep your focus the whole game but we tried to score the third goal and made a lot of chances. Sometimes you can think that the situation is easier but we played a good game, with a great desire to win. The commitment was good and we must be happy.

“But the game against Barcelona will be very different. We will have to show great resilience. We will be playing against one of the best teams in the world. We have to find the right plan to face this game.”