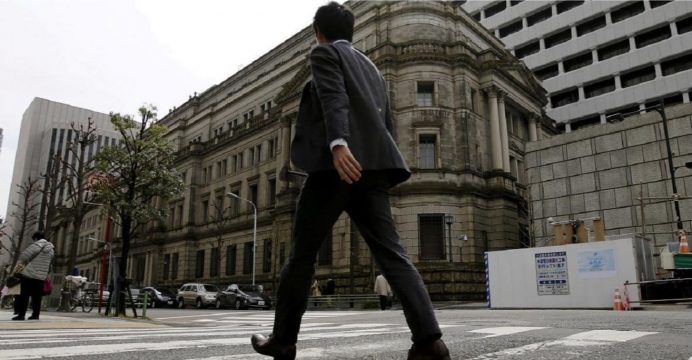 The Bank of Japan’s massive monetary easing programme is a cornerstone of Prime Minister Shinzo Abe’s “Abenomics” campaign to kickstart the economy after years of torpid growth.

Japan’s central bank on Friday said it was keeping its ultra-loose monetary policy in place, in keeping with expectations, as the world’s third-largest economy struggles to rekindle growth.

The Bank of Japan’s massive monetary easing programme is a cornerstone of Prime Minister Shinzo Abe’s “Abenomics” campaign to kickstart the economy after years of torpid growth, reports BSS.

The decision comes as inflation remains stubbornly low, with Japan struggling to combat fears of deflation. The central bank has failed to achieve the two percent inflation rate target, which is thought crucial to boosting the economy, even though Japan has notched up eight straight quarters of growth.

The decision after a two-day meeting came just hours after a surprise announcement that US President Donald Trump would hold a historic meeting with Kim Jong Un in a stunning development in America’s high-stakes nuclear standoff with North Korea.

The BoJ said it would continue to purchase 10-year government bonds so that long-term interest rates would remain “at around zero percent”.

It will also keep charging a negative interest rate on some accounts held by financial institutions at the BoJ, in a bid to prompt lending by commercial banks.

The Tokyo stock market was trading higher on Friday following the Trump-Kim summit news and signs that Trump’s tariffs may be softer for US allies than initially thought. And the yen was down against the dollar as the optimistic outlook led investors to move out of the safe-haven unit.