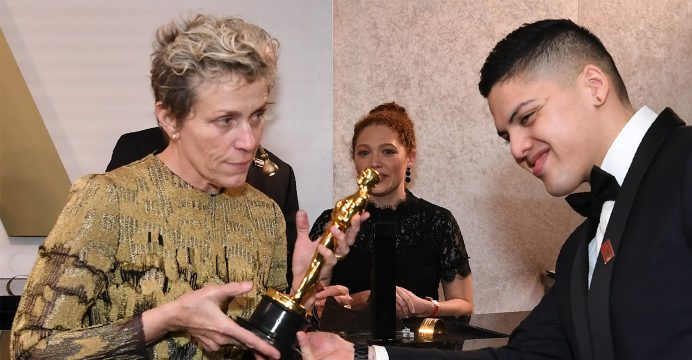 Like a scene from a Hollywood caper film, a tuxedo-clad photographer foiled another man’s attempt to make off with Frances McDormand’s Oscar from an official Academy Awards after-party on Sunday, reports Reuters.

Los Angeles police said on Monday that party-goer Terry Bryant was arrested on a grand theft charge and was being held on $20,000 bond. It was unclear if he had an attorney.

McDormand, 60, won the award for her role as an angry, grieving mother in “Three Billboards Outside Ebbing, Missouri.”

“I lost my Oscar,” the two-time Oscar winner said, shrugging her shoulders as she left the party, according to video recorded by Reuters Television.

The Los Angeles police department said in a statement that the photographer, whom they did not identify, grew suspicious when he failed to “recognize Bryant as a recipient from the awards show.”

He followed Bryant out of the party “and without any resistance from Bryant took the Oscar from him,” the statement said. 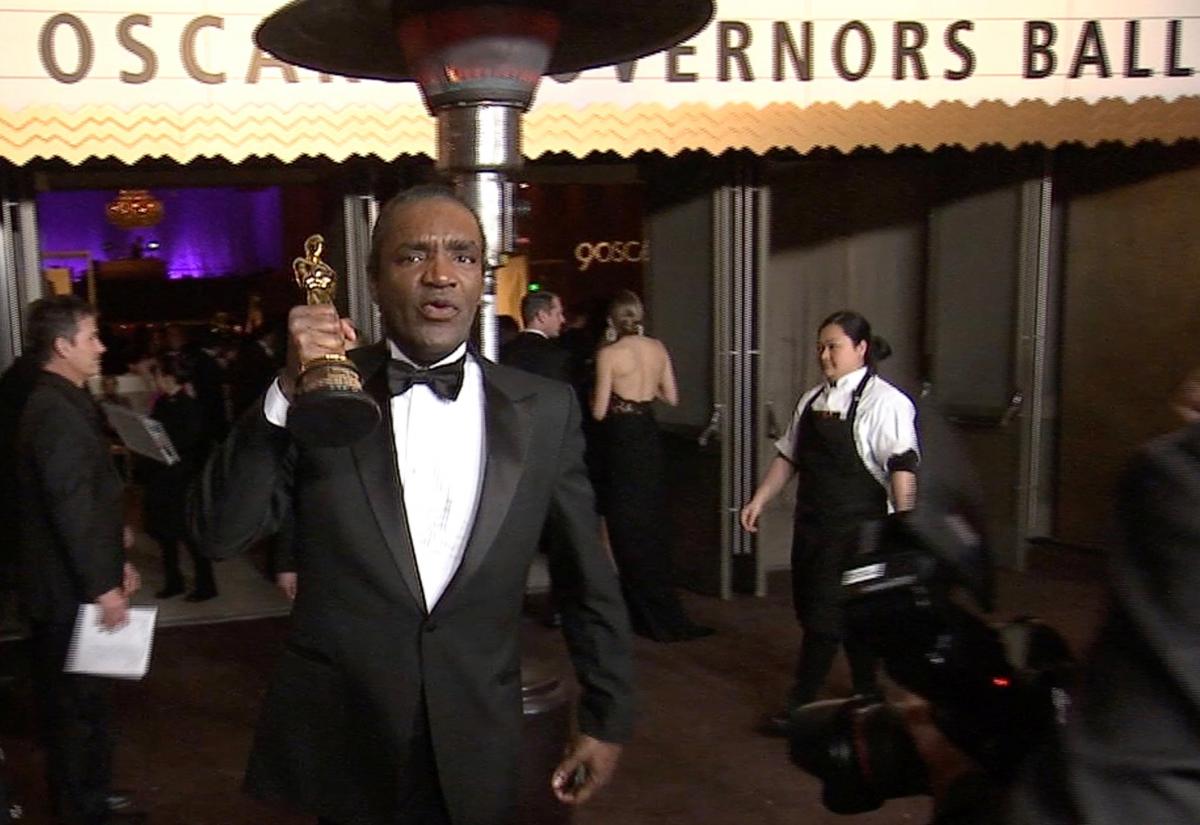 It was not clear how Bryant took possession of the Oscar, or in what capacity he was attending the event, but police said he had a ticket to enter.

Bryant also posted a video on social media of himself at the event holding an Oscar statuette and telling other guests he was a winner.

“After a brief time apart, Frances and her Oscar were happily reunited. They celebrated the reunion with a double cheeseburger from In and Out,” McDormand’s representative, Simon Halls, said in a statement, referring to the California fast-food chain.

Halls did not say whether McDormand planned to press charges. The Academy of Motion Picture Arts and Sciences, which retains some rights to the Oscar statuettes it hands out, did not return a request for comment on Monday.

Before McDormand retook possession of her Oscar, Reuters photographer Mario Anzuoni saw an Academy official at the Governor’s Ball hand the recovered statuette to best actor winner Gary Oldman to return to McDormand.

Oldman posed for photos with the two Oscars but returned McDormand’s to officials because the actress had already left the ball.