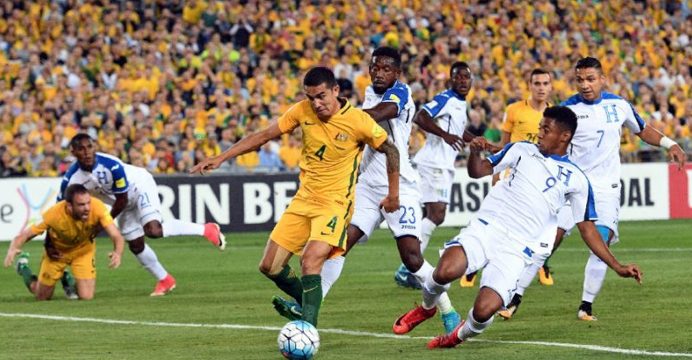 Van Marwijk was appointed in late January following the sudden departure of Ange Postecoglou and with the World Cup fast approaching, he has spent the ensuing time keeping tabs on Australians playing at home and in Europe and Asia.

With friendlies against Norway in Oslo and Colombia in London this month, he named a 29-strong preliminary squad which will be slimmed down next week.

Cahill, Australia’s most prolific international scorer with 50 goals, left the domestic A-League in January to join Championship side Millwall to get more game time and keep alive his dream of playing in a fourth World Cup in Russia.

He has barely appeared for the London side but van Marwijk included him anyway, along with Aston Villa’s Mile Jedinak, Hull City’s Jackson Irvine, Brighton goalkeeper Mathew Ryan and Celtic’s Tom Rogic. 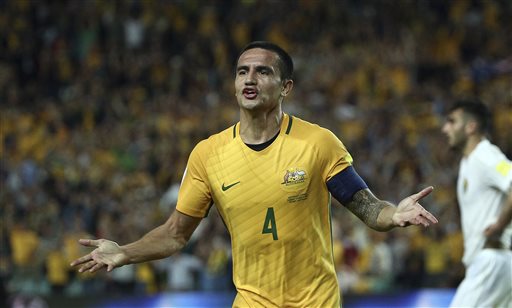 And Feyenoord ‘keeper Brad Jones, the former Liverpool and Middlesbrough custodian, was brought back from the international wilderness at the age of 35.

“Since my appointment with the Socceroos, my staff, scouts and I have monitored over 100 Australian players in the A-League, as well as in leagues across Europe and Asia,” said van Marwijk.

“We are pleased with the initial 29 players we have picked for our upcoming games against Norway and Colombia and will finalise the squad next week.

“Our upcoming matches against Norway and Colombia will provide a great chance for the players selected to press their claims for Russia.

“However the door remains ajar for all players not picked for the March window.”

Australia face Norway on March 23 and Colombia on March 27.