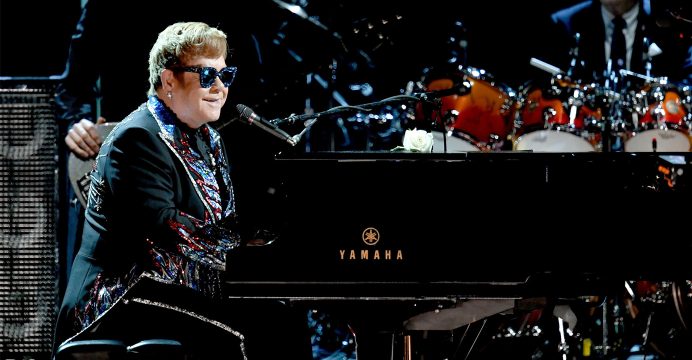 Elton John left the stage in Las Vegas because a “rude” fan was interfering with the performance, he said on Saturday.

“A fan put his hands on the piano keys while I was playing and continued to do so even after I asked him to stop,” the 70-year-old British entertainer said in a statement posted on Twitter.

A statement from Elton. pic.twitter.com/Cdd7jqjPZt

“This guy was rude, disruptive and had no care or respect for our show and so I let him know how I felt, then left the stage until they had removed him,” John said.

The incident occurred during a performance of “Saturday Night,” for which John had brought fans onstage.

He later returned to the stage, but the group of fans did not.

John, who in the 1980s became one of the first openly gay major celebrities, announced earlier this week that he plans “go out with a bang” with a global tour that will open on September 8 and last through 2021.