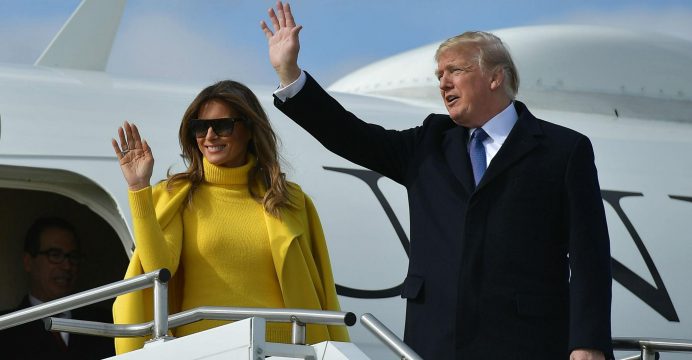 In 2000, Melania Knauss, a Slovenian model dating Donald Trump, began petitioning the government for the right to permanently reside in the United States under a programme reserved for people with “extraordinary ability.”

Knauss’ credentials included runway shows in Europe, a Camel cigarette billboard ad in Times Square and – in her biggest job at the time – a spot in the swimsuit edition of Sports Illustrated, which featured her on the beach in a string bikini, hugging a six-foot inflatable whale.

In March 2001, she was granted a green card in the elite EB-1 programme, which was designed for renowned academic researchers, multinational business executives or those in other fields, such as Olympic athletes and Oscar-winning actors, who demonstrated “sustained national and international acclaim. 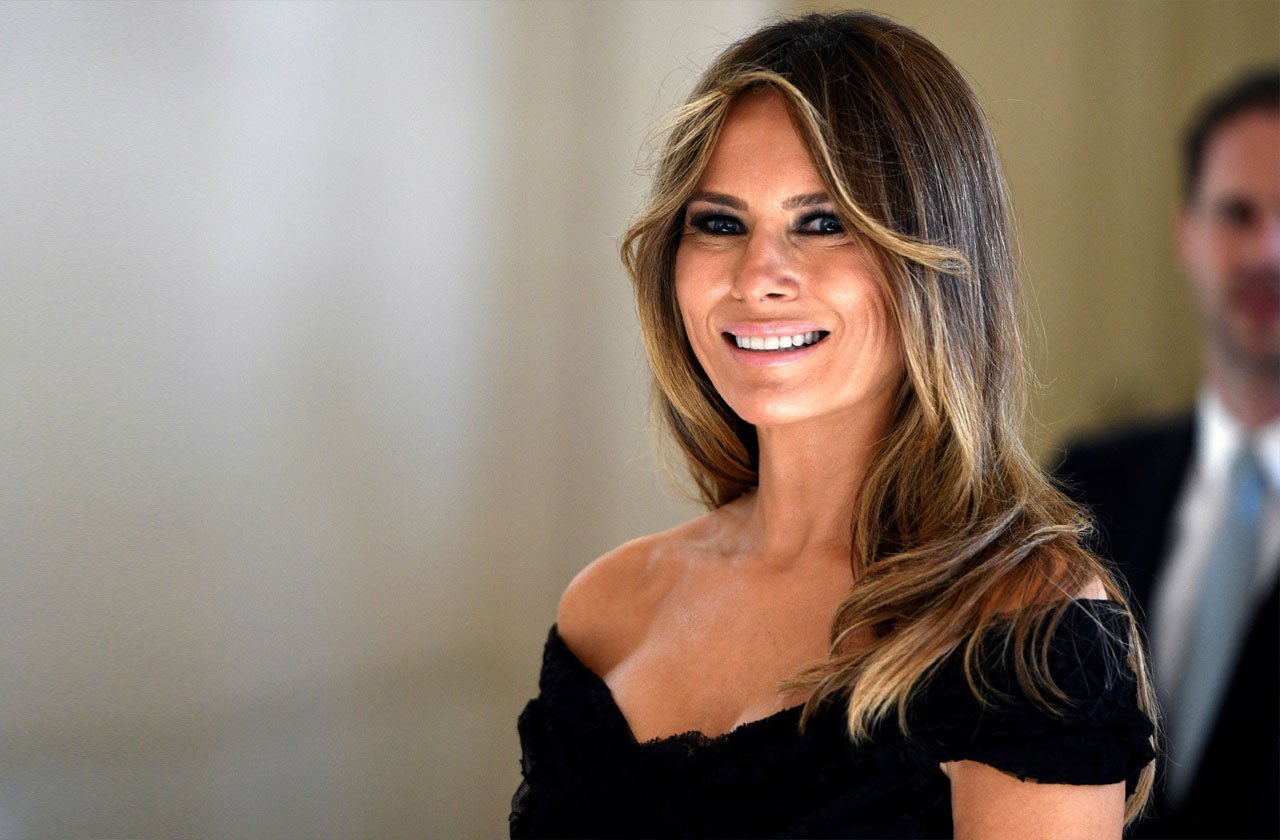 “We called it the Einstein visa,” said Bruce Morrison, a former Democratic congressman and chairman of the House subcommittee that wrote the Immigration Act of 1990 defining EB-1.

The year that Knauss – now first lady Melania Trump – got her legal residency, only five people from Slovenia received green cards under the EB-1 programme, according to the State Department.

In all, of the more than one million green cards issued in 2001, just 3,376 – or a fraction of one percent – were issued to immigrants with “extraordinary ability,” according to government statistics.

Melania Trump’s ability to secure her green card not only set her on the path to US citizenship, but put her in the position to sponsor the legal residency of her parents, Viktor and Amalija Knavs. The Washington Post reported earlier this month that the couple is now close to obtaining their own citizenship.

President Donald Trump has proposed ending the sponsorship of relatives such as parents, slamming as “chain migration” the decades-long ability of U.S. citizens to assist relatives in obtaining legal residency.

“CHAIN MIGRATION must end now! Some people come in, and they bring their whole family with them, who can be truly evil. NOT ACCEPTABLE!” Trump tweeted in November.

Michael Wildes, an attorney for Melania Trump and her family, declined to comment on whether she sponsored her parents for green cards. He said he was not surprised that so few immigrants from Slovenia obtained EB-1 green cards in 2001 because the criteria is stringent.

“Mrs. Trump was more than amply qualified and solidly eligible,” he said. But he declined to discuss the qualifications that the first lady cited in her petition for permanent residency.

“There is no reason to adjudicate her petition publicly when her privacy is so important to her,” Wildes said.

A White House spokeswoman for the first lady referred questions about her immigration process to Wildes.

Immigration experts said the president’s efforts to restrict legal immigration spotlight lingering questions about how the first lady and her family members obtained residency in the United States.

The biggest one: how did she convince immigration authorities that she qualified for the EB-1 programme?

Morrison, the former congressman and immigration expert, said that Melania Trump’s resume in 2001 seems “inconsistent” with the requirements of the visa.

To obtain an EB-1 under the extraordinary ability category, an immigrant has to provide evidence of a major award or meet at least three out of 10 criteria. Among them: evidence of commercial successes in the performing arts, evidence of work displayed at artistic exhibitions and evidence of original contributions to a field.

“What did she submit?” asked David Leopold, an immigration lawyer and a past president of the American Immigration Lawyers Association. “There are a lot of questions about how she procured entry into the United States.”

The process of deciding who meets the “extraordinary ability” standard is subjective, said Sarah Pierce, an immigration expert at the Migration Policy Institute, a Washington-based think tank. But it is generally thought that only the top two percent of people in their field would qualify, she said, adding that the “quintessential award you want to put on the application is Nobel Prize.”

The first lady came to the United States from Slovenia in 1996, first briefly on a visitor’s visa and then on work visas, according to Wildes.

Initially, she was not widely known in the highly competitive New York fashion world, according to people in the industry.

“She was never a supermodel, she was a working model – like so many others in New York,” said one person who knew her in the 1990s and requested anonymity to discuss the first lady’s early years in the United States.

In 1998, at age 28, she began dating Trump after meeting him at a party, an association that raised her modelling profile. She started appearing on Page Six and in other celebrity columns on the arm of the real estate developer.

At the time, she was modelling on a work visa for skilled immigrants. Melania Trump received five H1-B visas between October 1996 and 2001, Wildes has said.

Under her husband’s administration, such temporary visas have been harder to get, dropping by more than 50,000 in 2017 compared with the previous year, according to US Citizenship and Immigration Services.