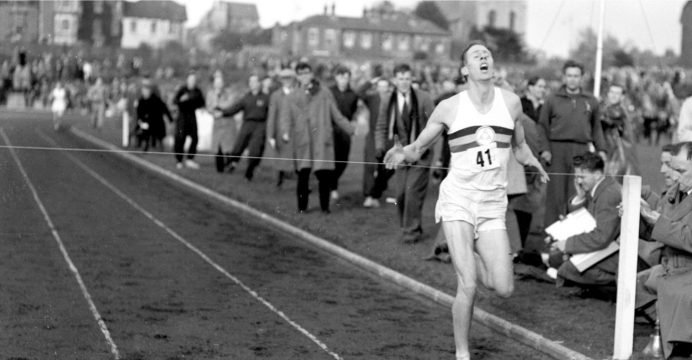 Bannister viewed running as something to be done in his spare time away from the demands of his medical studies at the University of Oxford, but that did not prevent him reaching the biggest stages in the sport.

Sir Roger Bannister, the first person to run a mile in under four minutes, has died at the age of 88. His time of three minutes 59.4 seconds, set at Iffley Road sports ground in Oxford on 6 May 1954, stood as a record for just 46 days but his place in athletics history was assured.

Bannister also won gold over the same distance at the 1954 Commonwealth Games and later became a leading neurologist. He was diagnosed with Parkinson’s disease in 2011, reports BBC.

Bannister viewed running as something to be done in his spare time away from the demands of his medical studies at the University of Oxford, but that did not prevent him reaching the biggest stages in the sport.

He was considered for the British team at the 1948 London Olympics – just two years after taking up running as a 17-year-old – but did earn a place in the team at the 1952 Games in Helsinki, where he set a new British record en route to fourth in the 1500 meters final.

Bannister, who used his medical knowledge to devise his own training regime and investigate the mechanical aspects of running, turned his sights on becoming the first person to run inside four minutes for the mile after the Olympics and twice went close to achieving his goal in 1953.

American Wes Santee and Australia’s John Landy were also targeting the record when Bannister finally achieved the feat in the spring of 1954.

Bannister was helped in his achievement by Sir Christopher Chataway – who beat Bannister to the inaugural BBC Sports Personality of the Year Award later that year – and Chris Brasher, who acted as pacesetters.

Brasher, who went on to co-found the London Marathon, died in 2003 after a short illness and Chataway died from cancer in 2014. Australian John Landy bettered Bannister’s record the following month with a time of 3:57.9.

The men’s mark has tumbled over the years, with Britons Sebastian Coe, Steve Ovett and Steve Cram each holding the record at least once in the 1980s.

The current mile world record is held by Moroccan Hicham El Guerrouj, who ran a time of 3:43.13 seconds in Rome on 7 July 1999.

At the end of 1954, Bannister retired from athletics to pursue his medical studies full-time and later became a consultant neurologist.

He continued to run to keep fit until he broke his ankle in a car accident in 1975, the same year he was knighted. He revealed he had the neurological disorder Parkinson’s disease in an interview in 2014.

“I have seen, and looked after, patients with so many neurological and other disorders that I am not surprised I have acquired an illness,” he said at the time.

“It’s in the nature of things, there’s a gentle irony to it.”