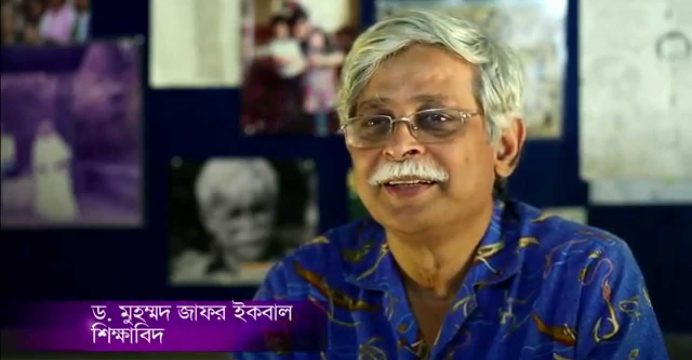 He has been taken to Sylhet MAG Osmani Medical College Hospital.

One person has been detained in connection with the attack, Shahjalal University Public Administration Department Assistant Professor Md Mahmud Hasan told bdnews24.com. The detainee is being kept at the university’s Academic Building-2. He has yet to be identified.

A festival organised by the Electrical and Electronic Engineering Department was underway on the campus. Iqbal was the chief guest at the event, where he was attacked.

“He was attacked from behind and stabbed in the head as he was taking the stage at 5pm,” a student told

“A boy came from behind the stage and stabbed his neck, chest and mouth. He was immediately detained by police and others,” Proctor Zahir Uddin Ahmed told.

The motive for the attack has not been discovered.

Iqbal had recently criticised the practice of ragging on campus. He had recently said that five students punished for ragging had gotten off easy and should have been handed over to police. It was not immediately clear whether the attack was related to his criticism of ragging.

Some students believe militants may have been responsible for the attack. Iqbal has been an outspoken opponent of militancy and communalism.

Students from Shahjalal University have begun agitating after the attack.