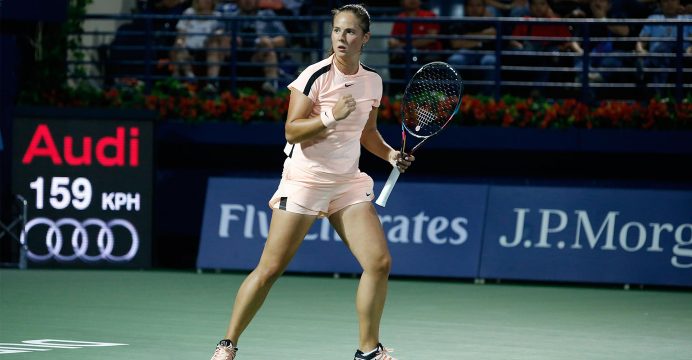 Kasatkina upsets Muguruza to set up Dubai final with Svitolina

Muguruza started stronger and needed just one break point to claim the first set in clinical fashion but her opponent showed incredible resolve to push the second set to a tiebreak.

It proved to be a roller-coaster deciding game and on one occasion, Kasatkina was forced to challenge a call in order to stay alive in the encounter with Hawkeye revealing her shot had clipped the line.

“I thought it was long, I was lucky,” Kasatkina said in her post-match interview.

She picked up the second set and went on to break Muguruza three times to claim victory in just over two and a half hours.

It was the 20-year-old Russian’s first victory over the Spaniard as she continued her fine run of form against top-five ranked players, winning five of her eight meetings.