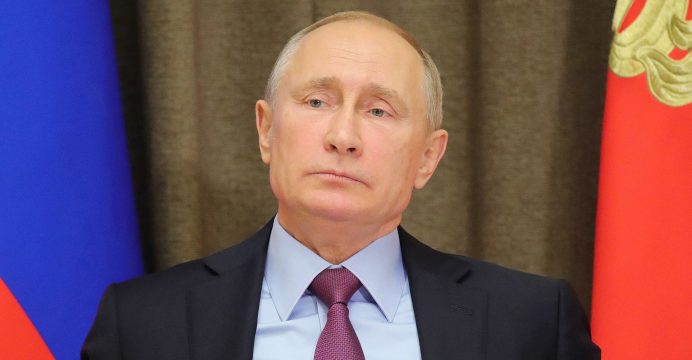 Yugoslav army veteran lobs grenade at U.S. embassy in Montenegro, then blows himself up

A Yugoslav army veteran who manned anti-aircraft defenses during the NATO bombing in 1999 tossed a hand grenade into the U.S. embassy compound in Podgorica, capital of Montenegro, around midnight and then blew himself up, police said on Thursday.

The embassy on its Facebook page said all its personnel were safe after the incident and there were no reports either of material damage.

The Montenegrin man, aged about 41 and born in Serbia, was identified by police only by the initials D.J., though media named him as Dalibor Jaukovic, a decorated Yugoslav army veteran.

“He was a real patriot during the NATO bombing. He served with the Yugoslav anti-aircraft defenses,” Milutin Dragicevic, who described himself as a distant relative told Reuters.

In 1999 NATO planes bombed targets in Montenegro and Serbia which together formed rump-Yugoslavia at the time, to halt the killing and expulsion of ethnic Albanians in Serbia’s then southern province of Kosovo.

Montenegro, the smallest of all former Yugoslav republics, became the 29th country to join NATO last May.

At just before midnight, the man lobbed a hand grenade over the embassy compound fence and then blew himself up, assistant police chief, Enis Bakovic, told reporters

Bakovic said an investigation was underway to determine whether he had acted alone or with others. “We are searching social media together with the FBI,” he said.

“There are no indications this was an act of terrorism,” prosecutor Lepa Medenica said.

Policemen with submachine guns and police vehicles patrolled streets near the embassy building on Thursday morning following the incident.

A neighbor who said her name was Branka told Reuters that Jaukovic “was an ordinary, normal man.”

“He was always polite to me,” she said.

Though the embassy said all staff were safe, it closed for issuing visas on Thursday and told U.S. citizens to stay away until further notice.