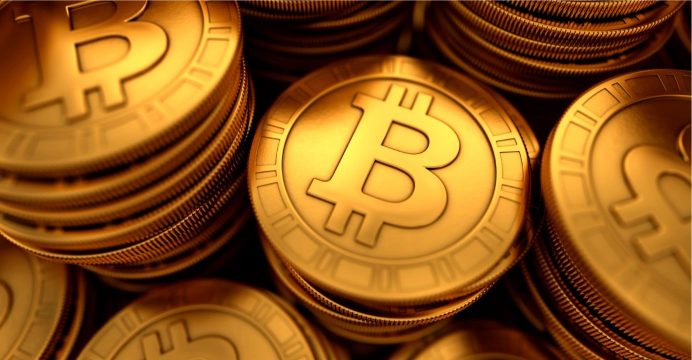 Bitcoin is a virtual currency created from computer code that allows anonymous transactions and its value has soared since it came into being in 2009.

Taiwan police have arrested four men over a bitcoin robbery worth Twd$5 million ($170,000) in what they said was the first case of its kind on the island.

Bitcoin is a virtual currency created from computer code that allows anonymous transactions and its value has soared since it came into being in 2009, reports BSS.

Taiwan police said three men in their early twenties lured a man surnamed Tai to the central city of Taichung, pretending to be interested in buying bitcoins.

After Tai showed proof of his bitcoins on his phone, the scammers assaulted him and his friend, then transferred 18 bitcoins worth Tw$5 million from Tai’s account via his phone.

The suspects attempted to pass off the heist as a drunken row by forcing the victim to drink Kaoliang, a strong Taiwanese liquor, Taichung city police said in a statement. Police arrived at the scene after receiving a call about a dispute and one man was detained. The other two had fled.

“The police saw bloodstains at the scene… after further investigation, it was discovered to be a bitcoin virtual currency robbery,” the statement released Wednesday said.

It described the case, which happened earlier this month, as “the first domestic case of bitcoin robbery”. The two other suspects were later arrested, one on the outlying island of Kinmen where he had gone to escape police. The fourth man, surnamed Shih, believed to be the mastermind behind the robbery, was also detained.

Britain saw its first Bitcoin armed robbery last month, according to reports, in which a virtual currency trader and his wife were threatened with a gun.

Bitcoin and other cryptocurrencies are independent of governments and banks and use blockchain technology, where encrypted digital coins are created by supercomputers.

But calls are mounting for virtual currencies to be regulated, and prices have fluctuated in recent months amid concerns over tightened control.