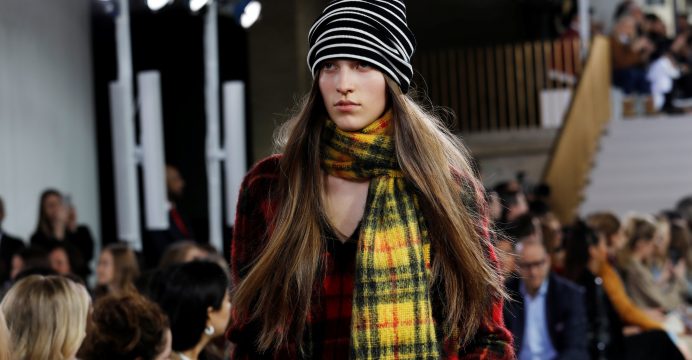 Burberry’s star designer Christopher Bailey bid goodbye to the British brand on Saturday with a colour-infused show, showcasing designs with a rainbow twist on the label’s famed check print on a catwalk lit with laser beams.

Bailey is leaving Burberry after 17 years, during which time he helped propel the brand, known for its trench coats and camel, black and red check, into a label of global prominence. 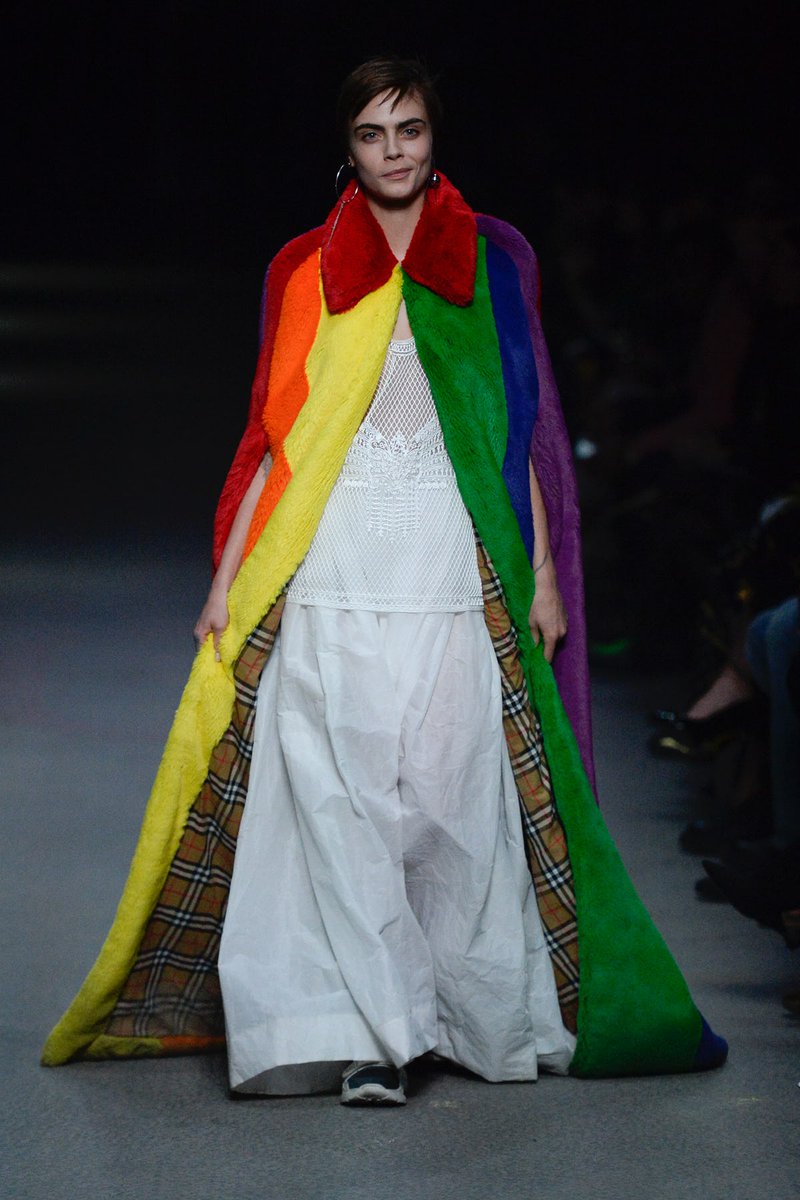 His last collection, unveiled during London Fashion Week at a giant warehouse that once served as a bus depot, featured a youthful, street culture vibe, from slinky tracksuits to fleecy oversized hoodies paired up with voluminous skirts.

Bold colors dominated the designs, from the chunky knitted sweaters with geometrical patterns to the rainbow checks featured throughout, in a celebration of the symbol of the lesbian, gay, bisexual, and transgender (LGBT) community.

The catwalk display ended with a multi-color lighting spectacular, as Bailey waved goodbye to a standing ovation.

“It’s quite poignant, there’s people I’ve worked with here since the beginning of my career. It’s been a very special night,” Bailey told Reuters after the show. “The company has got such incredible things ahead and I‘m excited now to be able to watch Burberry continue to flourish and fly.”