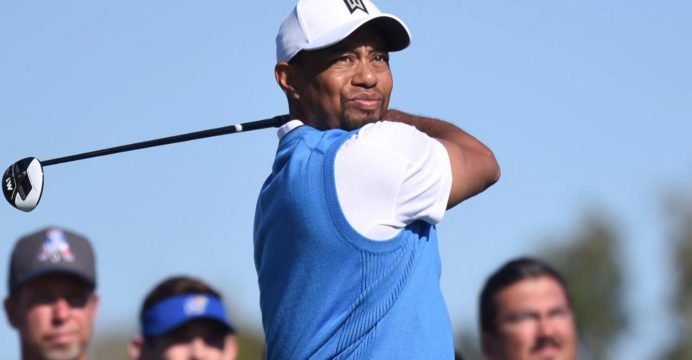 Tiger Woods missed the cut at the Genesis Open on Friday, racking up eight bogeys in a five-over par 76 at Riviera Country Club.

Woods, the 14-time major champion vying to come back from years of back trouble that he hopes spinal fusion surgery last April has solved, had a 36- hole total of six-over par 148.

That wasn’t even close to the projected cut line of two-over as the round was winding down.

Northern Ireland’s Graeme McDowell with a 66 and American Patrick Cantlay with a 69 shared the clubhouse lead on seven-under as darkness approached.

Woods, who finished tied for 23rd three weeks ago at Torrey Pines — his first US PGA Tour event in a year — is scheduled to tee it up again next Thursday at the Honda Classic in Florida.