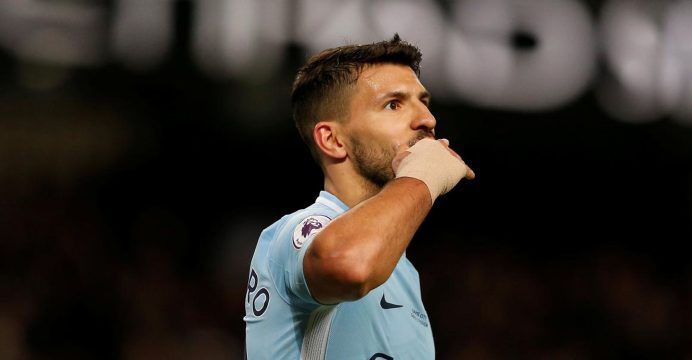 Sergio Aguero scored four goals as Manchester City extended their Premier League lead to 16 points with a 5-1 rout of Leicester City on Saturday.

Raheem Sterling opened the scoring for the hosts, converting Kevin De Bruyne’s teasing cross in the third minute before Jamie Vardy equalised against the run of play with a slight deflection beating Ederson.

City started the second period in rapid fashion, Aguero scoring twice within five minutes with both goals assisted by the brilliant De Bruyne.

The Argentine completed his treble in the 77th minute, capitalising on Kasper Schmeichel’s error and lifting a sublime finish over the Dane to become the fourth player to score at least 20 Premier League goals in four successive seasons.

Aguero saved the best for last, though, with a sensational dipping shot that crashed in off the underside of the crossbar.

“Sergio has an amazing talent in the box, so we try to create a lot of chances to score the goals he does, and he always does,” City manager Pep Guardiola told the BBC.

“Congratulations to him because it’s not easy to score four goals.” 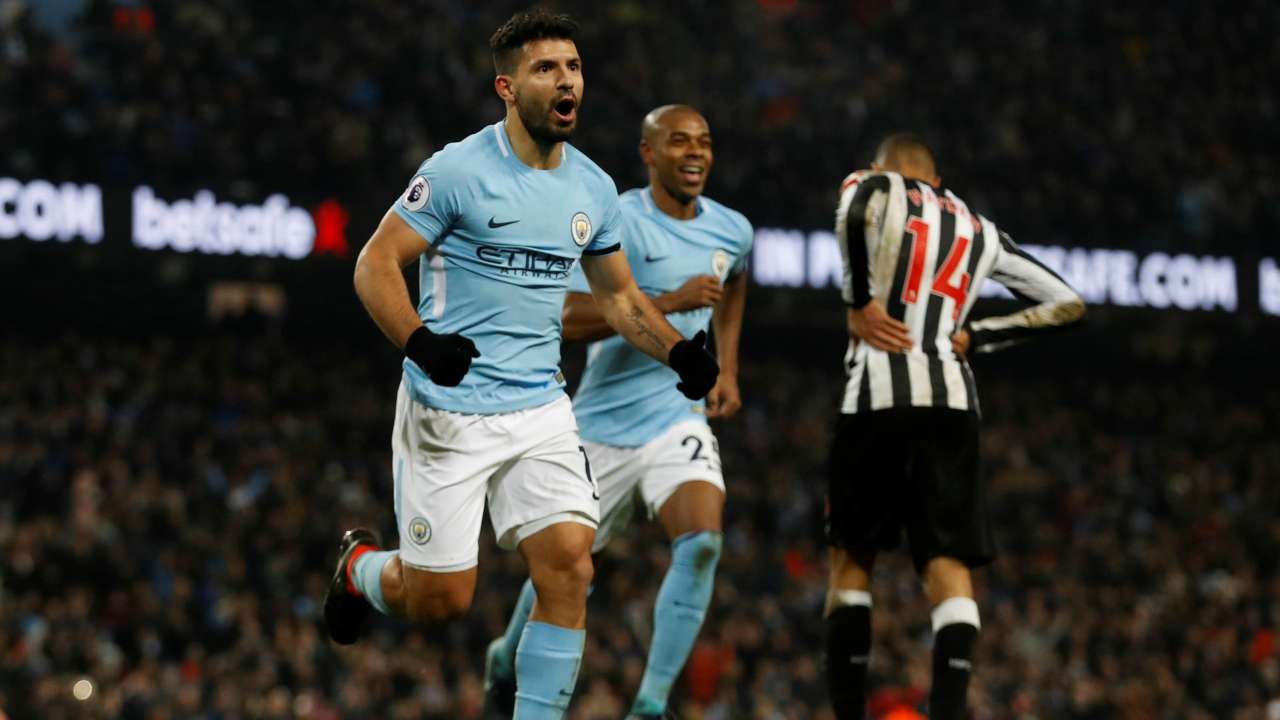 For all their possession, the hosts created few chances and Vardy punished them with a breakaway goal midway through the period – his fourth in four games.

Aguero took over in the second half, scoring four times to take his tally to 21 Premier League goals.

In the process he joined Harry Kane, Thierry Henry and Alan Shearer as the fourth player to score more than 20 goals in four successive Premier League seasons.

Riyad Mahrez returned to the Leicester side after his proposed January transfer to City failed to materialise but the Algerian had little chance to make an impact after he was introduced as a second-half substitute.

“My advice for the players is not to think how many games are left, just to look to the next one,” Guardiola, whose City side have 72 points from 27 games, added.

“Every time we dropped points this season, the next game we won, which is so important. Keeping that consistency is so important for us. If we are able to win the title it will be something special for us.”