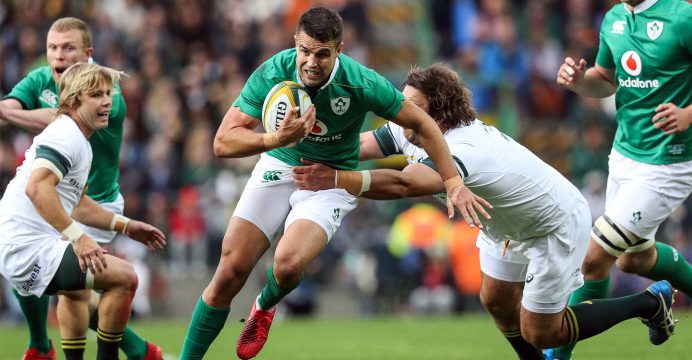 Ireland host Italy in the Six Nations on Saturday with the hosts seeking to make it two wins from two after Johnny Sexton’s dramatic overtime drop goal sealed a 15-13 win over France last Saturday.

Ireland are hot favourites to win but with the Six Nations expected to go down to the wire, earning a bonus point for scoring four tries is a must — particularly given England did against the Azzurri last week. Ireland were the only side not to score a try last weekend and head coach Joe Schmidt is asking for patience from fans if the tries don’t come early this time. “I remember four years ago when we won the championship by points-differential, we scored 19 points (against Italy) in the last six minutes,” said Schmidt. “If the crowd can be patient, maybe we can do something similar.”

Perhaps emblematic of the strength in depth the Irish have developed under Schmidt is the back row. A few years ago losing Sean O’Brien and his replacement Josh van der Flier would have provoked panic stations. Instead, Dan Leavy proved himself in the heat of battle in Paris and gets his first Six Nations start alongside Leinster team-mate Jack Conan, who is in at No.8 for CJ Stander. Schmidt believes their introduction will not unbalance the back row. “Peter O’Mahony brings leadership and experience and the two young lads will bring enthusiasm and hunger,” said Schmidt. Italy’s old warhorse captain and No.8 Sergio Parisse may have a thing or two to say about that.