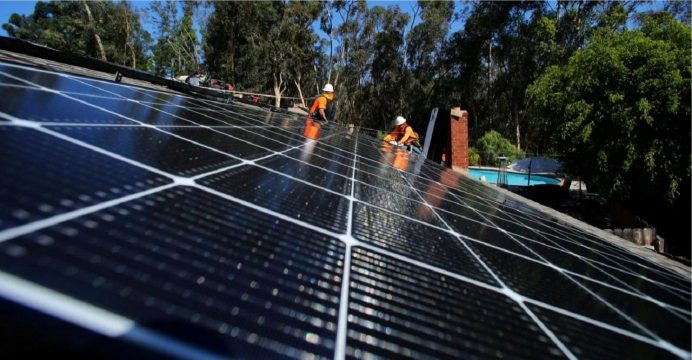 It was the first time employment has contracted in the fast-growing industry since the non-profit research firm The Solar Foundation began tracking solar jobs in 2010.

The U.S. solar industry lost nearly 10,000 jobs last year, led by steep losses in mature markets like California and Massachusetts where installation growth has slowed, according to a new report published on Wednesday.

It was the first time employment has contracted in the fast-growing industry since the non-profit research firm The Solar Foundation began tracking solar jobs in 2010, reports Reuters.

Nationwide, solar employment fell 3.8 percent to 250,271 jobs in 2017 from a high of 260,077 in 2016. A drop in both utility-scale and residential solar installations, as well as industry jitters about tariffs on imported solar panels, were to blame for the decline, the report said. 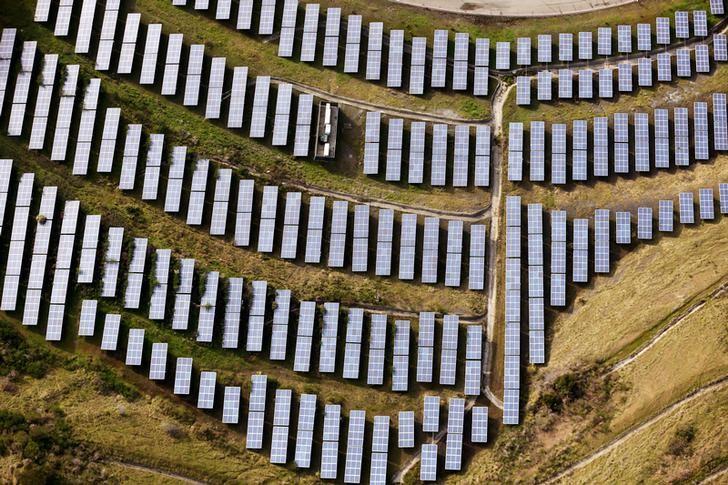 An array of solar panels are seen in Oakland, California, U.S.

Employment in the solar industry far outpaces that of the coal, wind and nuclear energy industries, the report said, citing federal jobs data.

U.S. solar installations fell in 2017 after logging a record-breaking year in 2016 as developers raced to take advantage of a federal tax credit that was meant to expire that year. The credit was extended by Congress, but it takes time for companies to rebuild their project pipelines.

In addition, demand for residential systems has slowed in large markets like California, Massachusetts and Nevada because incentives have become less lucrative. Home solar also broadly pulled back after Tesla Inc bought SolarCity, putting the brakes on the installer’s aggressive expansion in part by eliminating its vast door-to-door sales operation.

Overall solar employment is expected to resume growth next year, The Solar Foundation said, projecting employment of more than 263,000 by the end of this year, an increase of 5 percent.

That forecast is based on projections made before President Donald Trump last month imposed 30 percent tariffs on imported solar panels. The impact of the tariffs may not be fully felt until 2019, report author Ed Gilliland said in an interview.

The trade case that resulted in the tariffs was brought by two U.S. solar manufacturers, Suniva and SolarWorld, which said they could not compete with an influx of cheap panels from overseas, mainly Asia. The Solar Energy Industries Association trade group opposed tariffs, arguing they would drive up prices for the solar installers and developers.

Nearly 78 percent of solar jobs are in installation, sales and project development, compared with just 15 percent in manufacturing, The Solar Foundation’s report said.