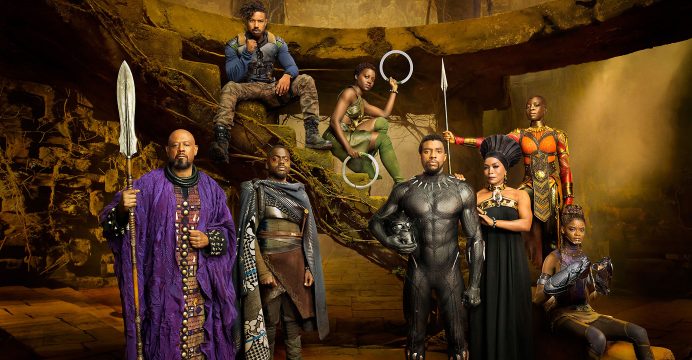 “Black Panther,” the first black standalone Marvel superhero movie, won rave reviews on Tuesday with critics praising both its adventure and its portrayal of a majestic Africa.

Directed by Ryan Coogler and featuring a predominantly black cast including Michael B. Jordan, Lupita Nyong‘o and Angela Bassett, “Black Panther” was hailed by the Daily Beast as “a love letter to every black person” and “a correction for years of diversity neglect” by Rolling Stone.

The Disney movie, opening worldwide next week, tells the story of T‘Challa, the newly crowned king of the fictional, technologically advanced African nation Wakanda, who is challenged from factions within his own country.

The movie arrives after years of criticism about the under representation of actors and filmmakers of color in Hollywood, including the #OscarsSoWhite campaign that prompted the Academy of Motion Pictures to increase diversity in its predominantly while, male membership.

It got a rare 100 percent rating from review aggregator RottenTomatoes.com and analysts expect it to bring in some $150 million at the North American box office on its opening weekend.