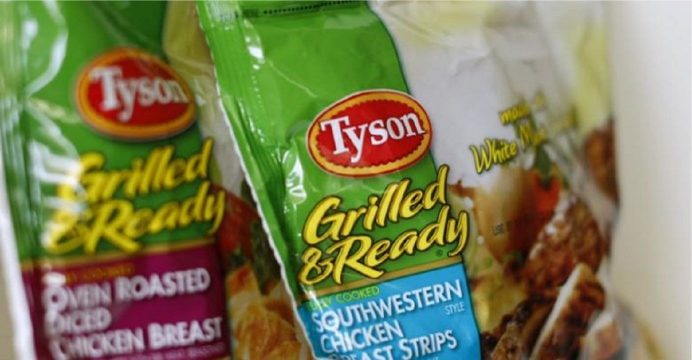 Tyson Foods Inc has invested $150 million in Tovala’s VC fund, a startup company that makes internet-connected steam ovens for ready-to-cook meals as it expands beyond its traditional markets.

Tyson Ventures, its venture capital arm, joined other investors in the deal raising funds for Chicago-based Tovala, which uses bar-code technology in meal preparation. Tovala will use the money for marketing, product investment, and expansion, reports Reuters.

David Rabie, Tovala co-founder, and the chief executive officer said the ovens will make it easier for people to eat at home by controlling the experience including the hardware, software, and food without sacrificing convenience, health or taste.

Tovala provides a steam oven and delivers ready-to-cook meals, and the customer scans a barcode with a smartphone to cook the meal.

Last month, Tyson said it invested in Memphis Meats, a startup that grows meat from animal cells. Late last year Tyson increased its stake from 5 percent in plant-based protein producer Beyond Meat but did not say by how much. The financial terms of the Tovala deal were not disclosed.

“We’re a protein company now and with that comes a whole host of new spaces to look at and opportunities to consider, if you think about that in the framing for what we’re going to ultimately focus on,” Justin Whitmore, Tyson’s executive vice president of corporate strategy and chief sustainability officer, told reporters.

Whitmore said the deals with the alternative protein startups does not mean Tyson is moving from its traditional meat roots.