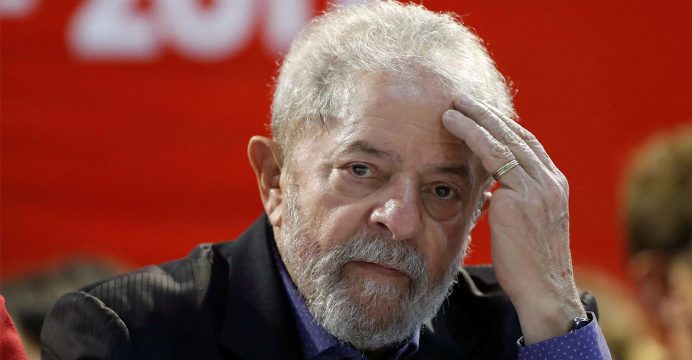 A lower court judge had ordered Lula sentenced last week to more than 12 years in prison on graft charges to surrender his passport on fears that he would seek asylum abroad.

The document was handed over on January 26 just hours before Lula was to board a flight to Ethiopia for a UN Food and Agriculture Organization (FAO) conference.

“There is no way to conclude that (Lula) was planning to flee the country” in order to avoid Brazilian law, Judge Bruno Apolinario wrote in the Friday ruling.

On the contrary, Apolinario wrote, Lula who is appealing his conviction clearly showed that the trip “was justified by a previously scheduled professional commitment.”

“Only with great imagination” could one conclude that Lula was planning to flee the country, the ruling read.

Also on Friday, Lula’s legal team presented a motion to the country’s supreme court to ensure that the fiery left-wing ex-president is not detained, after a lower court rejected a similar appeal earlier in the week.

Lula, who still has a passionate following among Brazilians who remember strides in reducing poverty during his 2003-2010 presidency — retains a strong lead in the polls ahead of presidential elections in October despite his graft conviction.

However, opponents feel just as strongly, blaming the 72-year-old for the economic disarray that followed and for overseeing systemic graft uncovered by prosecutors since 2014.