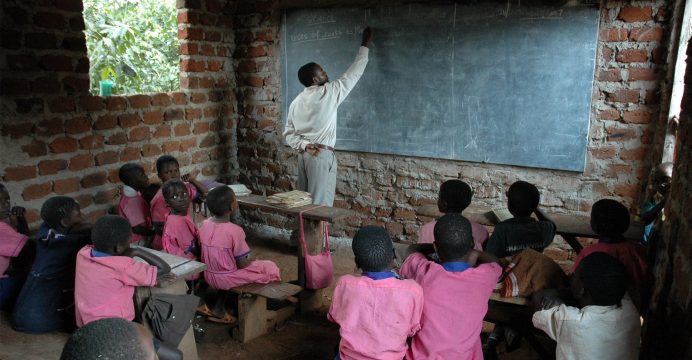 ActionAid have praised developing countries for committing $30 billion to education at a funding conference – over 12 times more than the amount committed by donor countries – but called for tax reform to address systemic underfunding.

Bilateral and Multilateral donors pledged about $2 billion to support education plans in 89 developing countries at the Global Partnership for Education (GPE) replenishment conference in Dakar.

The event was the first GPE funding conference to be held in Africa. It convened 1,000 people from around the world and was hosted jointly by President Macky Sall of Senegal and President Macron of France. Significant pledges were made by France, Canada, Norway, Denmark, Sweden, UK, UAE, EU and Switzerland but these were put in the shade by the pledges that developing countries made of $30 billion in new funding for education.

ActionAid Secretary General Adriano Campolina said: “If we are serious about redistributing power and resources we need to link progressive tax and progressive spending on free, good quality public education. Here in Dakar we have made a breakthrough in linking the education movement and the tax justice movement.”