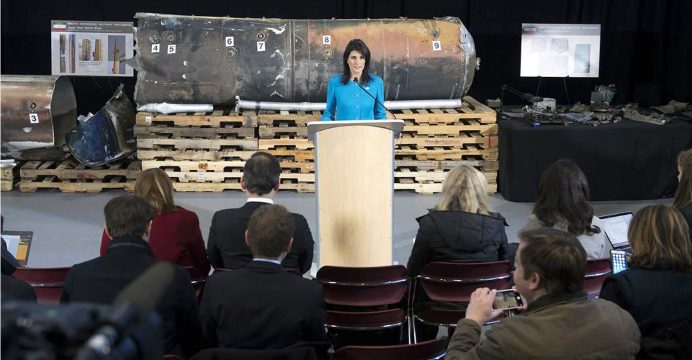 The UN Security Council will travel to Washington on Monday to inspect debris from missiles allegedly provided by Iran to Yemen’s Huthi rebels and hold meetings at the White House, diplomats said.

The ambassadors are expected to meet with President Donald Trump as the US administration seeks international action against Iran, diplomats said.

US Ambassador Nikki Haley last month presented the fragments as “undeniable” evidence that a ballistic missile fired by Yemen’s Huthi rebels at Saudi Arabia in November was Iranian-made.

That claim was bolstered when a UN panel of experts concluded in a recent report to the council that Iran had violated the arms embargo on Yemen by failing to block supplies of missiles to the rebels. 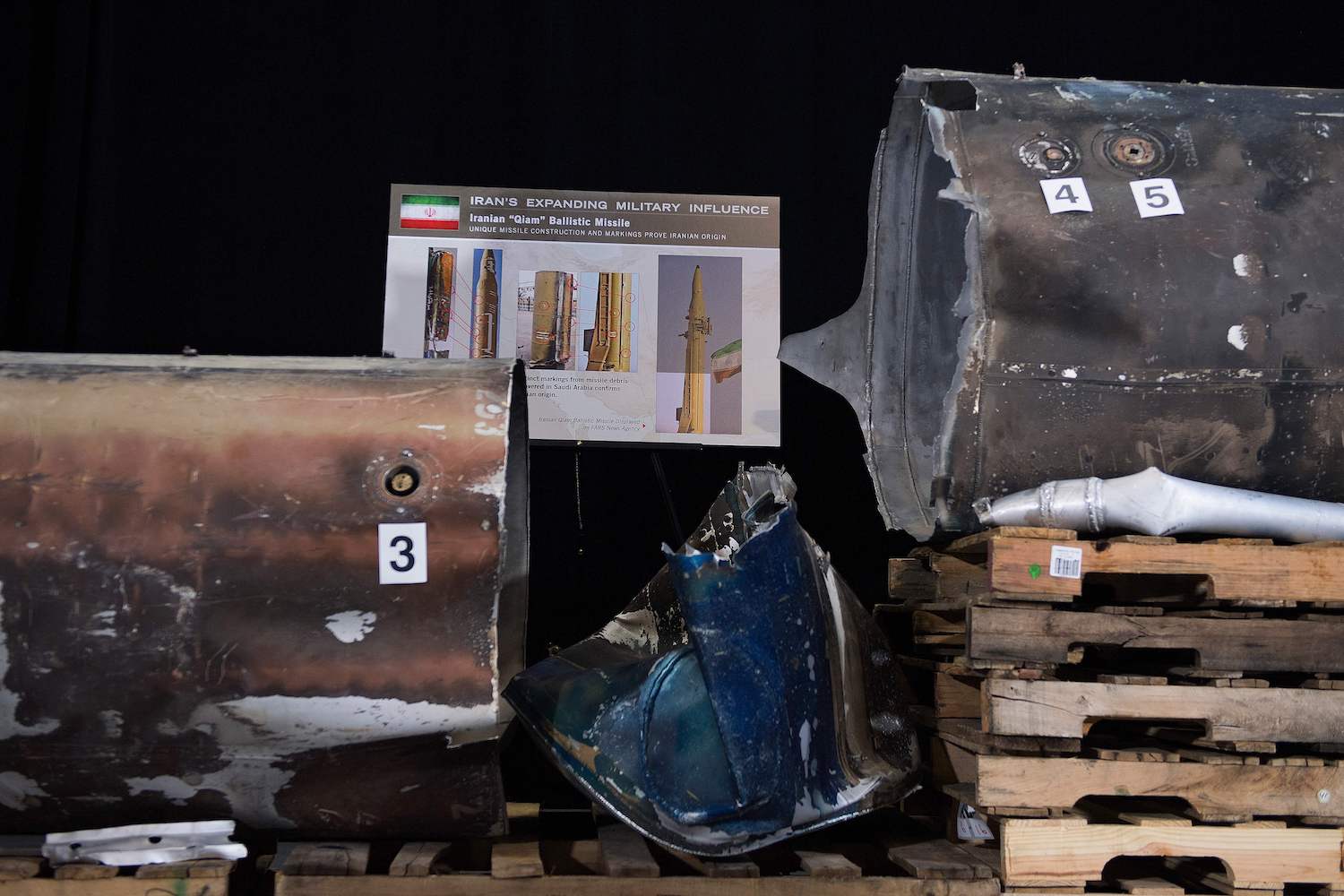 Haley has invited her UN counterparts to see the missile debris stored in a warehouse at a Washington military base.

“The evidence is undeniable. The weapons might as well have had ‘Made in Iran’ stickers all over it,” Haley told a press conference last month.

The “evidence” stored in Washington includes other pieces of military material allegedly provided by Iran including fragments of an anti-tank missile and drones.

Iran has strongly denied arming the Huthis and last month accused Haley of presenting “fabricated” evidence that the November 4 missile fired at Riyadh airport was Iranian-made.

Haley is seeking to persuade the Security Council to take action against Iran, possibly by imposing sanctions, but will likely face opposition from Russia, which has friendly ties with Tehran.

A separate report last month said UN officials had examined the missile fragments and found that they were of “common origin” but they were unable to reach any firm conclusions about whether Iran was the source.

The US mission did not immediately respond to a request for information about the council visit to Washington.

It will be the second time that the top UN envoys meet with Trump, who sat down for a lunch meeting with the ambassadors in April last year.

Relations between the United Nations and the US administration have been strained over Trump’s decision to recognize Jerusalem as Israel’s capital, his threats to scrap the Iran nuclear deal and funding cuts.

The council voted 14-1 to reject Trump’s Jerusalem decision, prompting Haley to resort to the US veto to block the condemnation.

The General Assembly later approved by a vote of 128 to 9, with 35 abstentions, the same resolution.