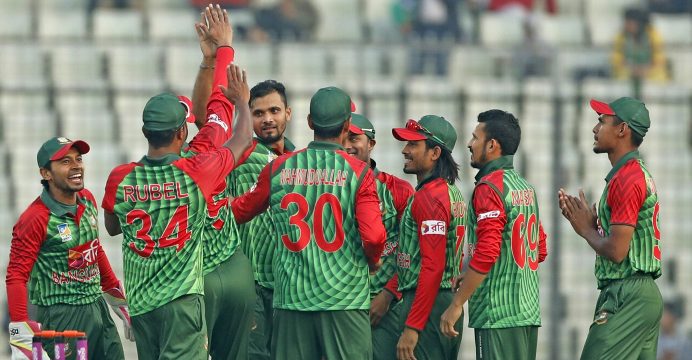 Bangladesh aims to maintain their winning record as they take on Sri Lanka in the sixth ODI of the triangular series scheduled to be held tomorrow (Thursday) at Sher-e-Bangla National Cricket Stadium at Mirpur.

The Tigers already maintained their all-win run as well as confirmed their final spot in the tournament, obviously they must aspire to maintain their winning record intact against Sri Lanka.

The permutation is almost very simple. So slim is the difference in net run rate between Zimbabwe (-1.087) and Sri Lanka (0.989), that Sri Lanka must win. There is a chance — provided the match is high-scoring enough — that they can qualify even if they lose very narrowly, but if Tuesday’s match is any indication, the games may not be run-fests from here on out.

Dashing Opener Tamim Iqbal showed his excellent form scoring 84 runs in the first two matches and also scored 76 runs in the third match while ace all- rounder Shakib Al Hasan is superb with both his batting and bowling so far in the series. 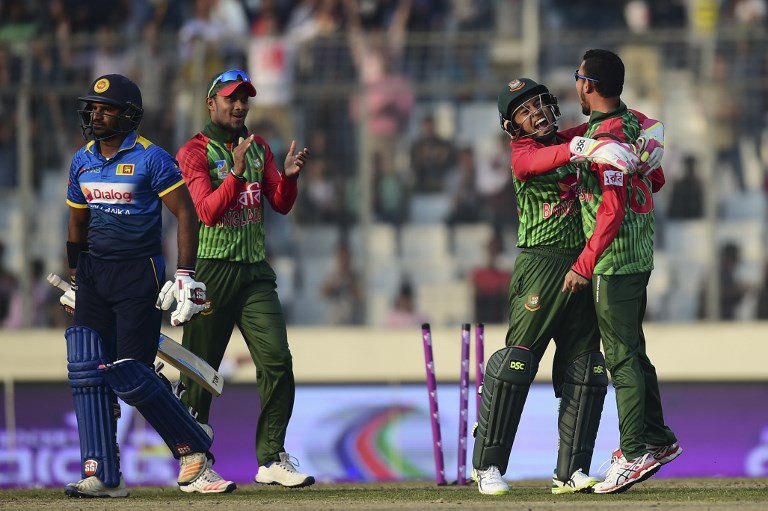 The Worlds no. 1 all-rounder Shakib Al Hasan who tops the tournament wicket-takers’ list, has the third-best aggregate of runs to boot. Not often has he batted at No. 3 for Bangladesh – coming in at first drop in only five of his 173 innings – but in this tournament, he has scored two half-centuries in that position. With the Mirpur square now showing signs of wear, his bowling may be even more potent in the last two matches, source cricinfo.

Bowlers also have been doing their job so far. Bowling sensation Mustafizur Rahman needs one more dismissal to complete 50 wickets in ODIs. If he gets it in this match, he will be the sixth fastest bowler to the milestone (alongside Shane Warne and Matt Henry), and by a distance the fastest Bangladeshi bowler.

On the other hand, one or two players in the Sri Lankan side – Upul Tharanga and Dinesh Chandimal perhaps – will remember when they were the team that romped through games against lower-ranked opposition.

As recently as 2014, Bangladesh could not win one match against Sri Lanka, in a home tour. This Sri Lanka team, however, is very much in danger of spiraling out of a tournament they would have fancied winning with a second- string team in decades past.

Kusal Perera probably unavailable with a side strain, Danushka Gunathilaka is likely to come into the XI. Asela Gunaratne’s spot also looks a little shaky, though perhaps he will stave away a challenge from the newly-arrived Dhananjaya de Silva for at least one more match. A slight niggle for Nuwan Pradeep means Dushmantha Chameera also stands a chance of playing.