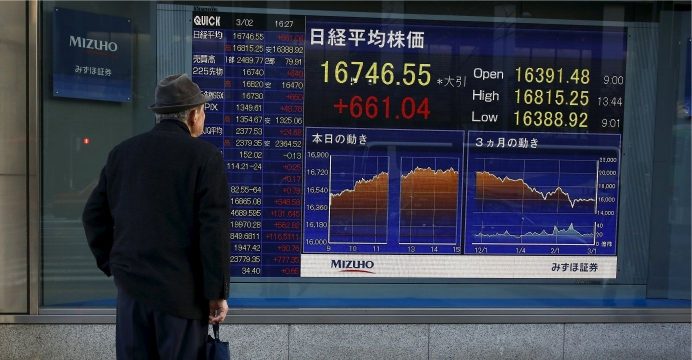 Asian equities mostly fell on Monday after last week’s rallies, while the dollar suffered fresh losses and the euro was boosted by hopes Chancellor Angela Merkel will be able to form a new German government.

While a shutdown of the US government looks unlikely to be resolved immediately, analysts said investors remained upbeat due to the strong global economic outlook and healthy corporate earnings, reports BSS. 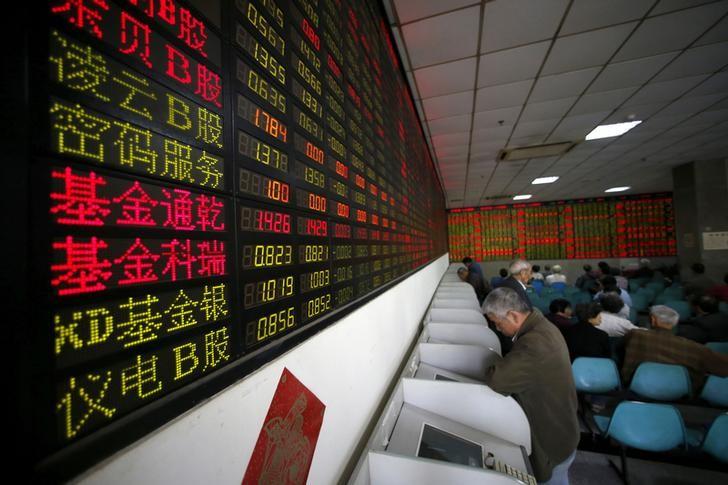 However, with the earnings season about to go into full swing and data showing economies across the globe continuing to improve, expectations are for stock prices to press higher.

There is little concern over the midnight Friday shutdown of the US government, which came after lawmakers failed to agree on a funding bill with Democrats in the Senate holding out for Republican concessions on immigration issues.

The two sides remain locked in talks to resolve the issue but expectations are for the shutdown to continue for some time, with a planned vote on Sunday evening delayed until noon Monday.

Still, analysts were not too concerned for the time being.

“If there is a little pullback, we believe it will be a buying opportunity. The last time the government shut down in 2013, markets moved higher.”

On currency markets, the dollar continues to struggle against its main peers, with the euro supported by news that Germany’s center-left Social Democrats had voted to hold coalition talks with Merkel’s conservatives. A deal would end months of uncertainty in Europe’s biggest economy.

“By accepting to pursue further discussions and thereby dramatically improving the chances for another grand coalition, a temporary calm should engulf the EU political landscape,” said Stephen Innes, head of Asia-Pacific trading at OANDA.

The pound edged up on hopes Britain will be able to leave the European Union on better terms than initially expected after French President Emmanuel Macron said a special post-Brexit trade agreement was possible.

Possible market-moving events this week include meetings at the European Central Bank and Bank of Japan, which will be closely watched for signs of further policy tightening, while Donald Trump is due to speak at the Davos economic forum.