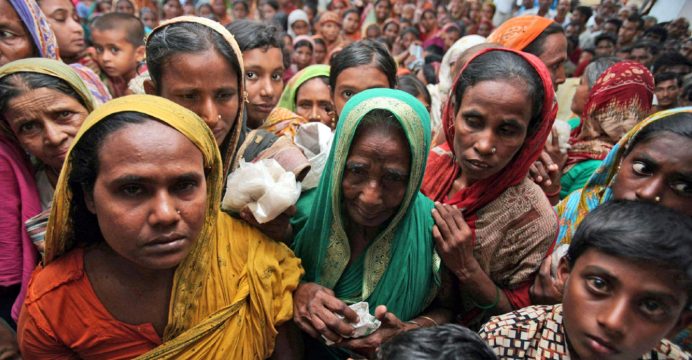 “Bangladesh is absorbing the supports from the World Bank with very efficiently. In last six years, Bangladesh increased its capacity in implementing projects and disbursing funds,” she told reporters after a meeting with Finance Minister AMA Muhith at the Secretariat here.

During the meeting, they discussed various issues, including the progress of Bangladesh economy and the World Bank-supported projects, and forcibly displaced Myanmar’s people living in Cox’s Bazar.

Reply to a question, Annette Dixon said the global lending agency has actually been increasing its supports to Bangladesh as the country is performing well.

“We’re providing US$4.4 billion supports to Bangladesh in the current three-year period,” she said.

Finance Minister AMA Muhith said the meeting was a courtesy call on and they discussed the ongoing projects supported by the World Bank.

Relying to a query, he said the government has named the China Harbour Engineering Company Limited in black list for offering Taka 50 lakh in bribe to a secretary.

The company will not get any project in Bangladesh in the future and the government will take steps against its ongoing projects in the country, the Finance Minister said.