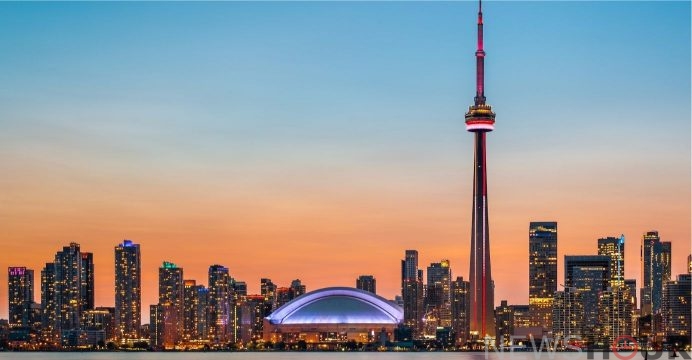 Toronto has low to moderate air pollution levels, but spikes in air pollution remain common. On these days, authorities issue air quality alerts to warn the public and encourage people to reduce physical activities outdoors. The programme is based on information campaigns (web notifications and media coverage), rather than enforceable public actions.

The air quality alert programme in Toronto (Canada) had limited effects in protecting the public’s health from air pollution between 2003 and 2012, according to an observational study of 2.6 million people published in The Lancet Planetary Health journal.

Toronto has low to moderate air pollution levels, but spikes in air pollution remain common. On these days, authorities issue air quality alerts to warn the public and encourage people to reduce physical activities outdoors. The programme is based on information campaigns (web notifications and media coverage), rather than enforceable public actions.

This type of programme is used elsewhere where air pollution levels are also similar, including the UK, many European countries, and the USA. However, there is little evidence on whether or not these types of alerts have led to improvements in public health.

The study authors suggest that air pollution problems may be best addressed through collective and enforceable actions. These could include improved urban and transportation planning, and improved fuel standards and emission control (especially targeting power generation and industries that contribute significantly to air pollution), rather than advising individuals and leaving to them to protect themselves from the harmful effects of air pollution. 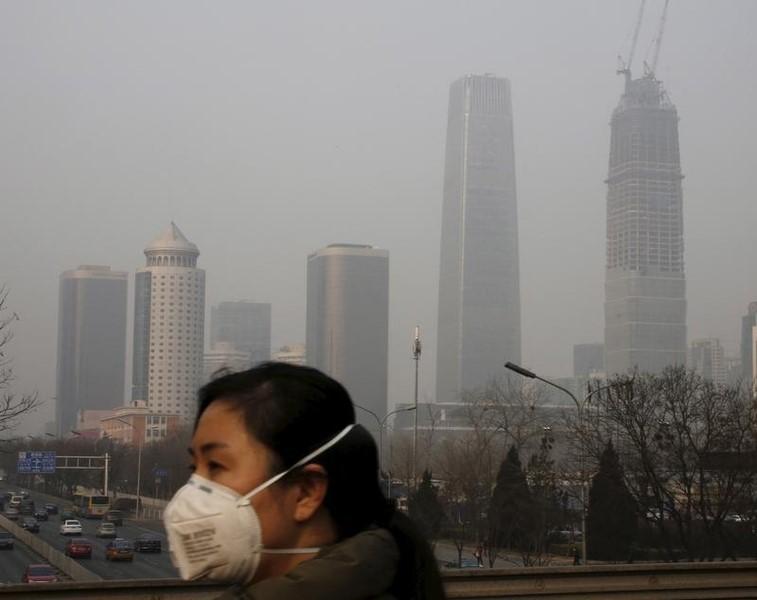 A woman wearing a protective mask makes her way in a business district on a heavily polluted day in Beijing, China

“In recent decades, ambient air quality has improved in many regions, but occasional spikes in air pollution remain common in high-income countries. These increases can trigger many adverse health effects, and so, in response, government agencies have implemented air quality alert programmes to inform the public of the potential dangers,” says lead author Dr Hong Chen, Public Health Ontario, Canada.

The study tracked the health records of around 2.6 million people who lived in Toronto between 2003 and 2012, and monitored air quality and when air quality alerts were issued over the same period. Combining these data, the authors estimated deaths from cardiovascular or respiratory disease, and hospital admissions for asthma, heart attack, heart failure, stroke, or COPD on days with high pollution levels when air quality warnings were and were not issued. This helped them to model the effect of the alert being issued on days of similar pollution levels.

The study did not monitor whether people reduced their outdoor physical activity as recommended by the air quality alerts.

The authors modeled the available data to estimate the potential effects on days when pollution levels were above trigger levels and alerts were issued. They estimated that alerts were associated with a reduction in emergency department admissions for asthma by around 25% – equivalent to 4.73 fewer asthma-related admissions per million people per day. However, the study found no effect of air quality alerts on reducing deaths from cardiovascular or respiratory disease, nor on hospital or emergency department admissions for cardiovascular disease.

The authors suggest that this may be because people with these conditions are likely to spend a lot of time indoors already, meaning the recommendation to stay indoors may have less of an effect on them. In which case, enforcing air quality improvements alongside the alerts may be important to benefit everyone at risk from polluted air.

They also say that measures focusing only on days with the highest levels of pollution are unlikely to help address the most harmful effects of air pollution, given the role of long-term air pollution exposure as a risk factor for cancer and for cardiovascular and respiratory diseases.

“Air pollution is a societal problem that can be addressed most effectively through enforceable measures that reduce pollutants in the air we breathe every day, not just on days when air pollution is at its highest. Globally, air quality alert programmes represent one of the most common public responses to protect people from air pollution, but the findings of our study show that air quality alert programmes offer inadequate protection for public health. This highlights the need for implementing enforceable public actions to reduce air pollution.” says Dr Chen.

The authors cite Santiago (Chile) where air pollution is much higher than Toronto and enforceable measures to reduce air pollution (such as temporarily restricting driving, closing factories or restricting the burning of fossil fuels) are used on alert days. A previous study suggests that these measures may help to prevent 20 deaths per million people per day, and the measures lead to a 20% reduction in air pollution on alert days, compared to similarly polluted days without alerts.

The authors note some limitations, including that the study only includes the most severe outcomes during high pollution, as it does not take into account small changes in symptoms caused by pollution that would not result in people going to a hospital. The authors also flag that they cannot rule out the possibility that the results for asthma hospital admissions are due to chance, given the number of relationships studied in their research.

While it is unclear whether these results from a country with low to moderate air pollution levels can be applied to countries with severe air pollution such as China and India, the authors note that the findings could be relevant for cities in many parts of Europe and North America.