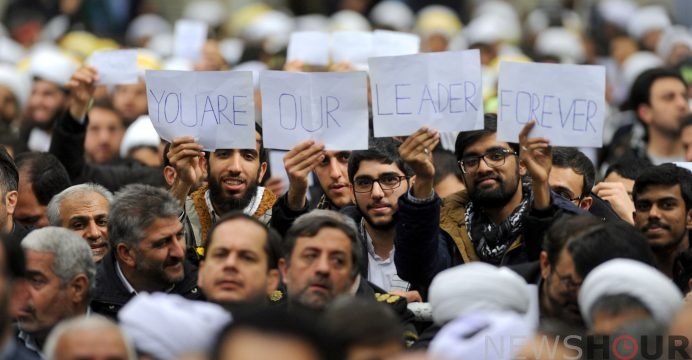 Iran has foiled plot to use protests to overthrow system

Iran has foiled attempts by its foreign enemies to turn legitimate protests into an insurgency to overthrow the Islamic Republic, supreme leader Ayatollah Ali Khamenei said on Tuesday.

Comments on his Twitter feed and in Iranian media underscored the establishment’s confidence that it has extinguished the unrest that spread to more than 80 cities in which at least 22 people died since late December. “Once again, the nation tells the U.S., Britain, and those who seek to overthrow the Islamic Republic of Iran from abroad that ‘you’ve failed, and you will fail in the future, too’,” Khamenei tweeted.

The Revolutionary Guards, the military force loyal to Khamenei, said on Sunday security forces had put an end to the unrest that it also said had been whipped up by foreign enemies.

At least 1,000 people have been arrested in the biggest anti-government protests for nearly a decade, with the judiciary saying ringleaders could face the death penalty.

A judiciary official said on Tuesday that a detainee in Arak, a town about 200 km (124 miles) south of Tehran, committed suicide, according to Mizan, the website of the Iranian judiciary.

On Monday, a separate judiciary official announced that a detainee had committed suicide in Tehran’s Evin prison.

The reports have raised concerns among human rights activists and some Iranian politicians that detainees may have been killed by security forces while in custody.

“I warn the president and security and judiciary officials to prevent the occurrence of a second Kahrizak,” Mahmoud Sadeghi, a parliamentarian, tweeted on Monday. The Kahrizak prison gained notoriety when a handful of detainees were tortured and killed at the site after unrest in 2009.