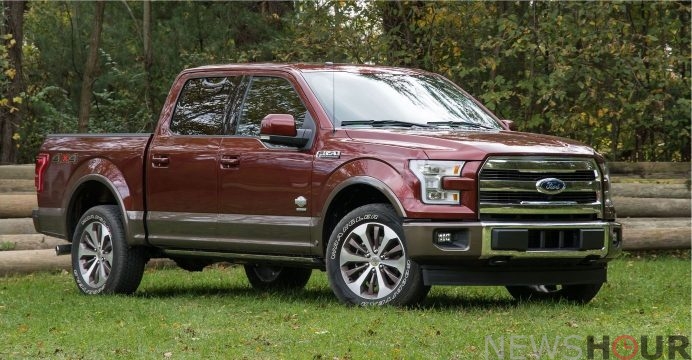 The diesel F-150 will cost between $2,400 and $4,000 more than a comparable gasoline truck, depending on the specific model, Ford executives said. The diesel engine will be manufactured at a Ford plant in Britain.

Ford Motor Co plans this spring to offer a diesel engine version of its best-selling F-150 pickup truck, looking to gain a marketing edge as its main rivals ramp up more efficient pickups of their own.

Ford executives said they expect the F-150 diesel model with a 10-speed transmission to achieve 30 miles per gallon highway fuel efficiency, a level comparable to some midsize cars, reports Reuters.

“We’re confident we’ll get there,” David Filipe, Ford vice president of powertrain engineering, said at a briefing for media ahead of the official launch announcement.

The diesel F-150 will cost between $2,400 and $4,000 more than a comparable gasoline truck, depending on the specific model, Ford executives said. The diesel engine will be manufactured at a Ford plant in Britain.

Ford executives said they expect that once production ramps up about 5 percent of F-150 models will be ordered with the diesel engine. The model will be aimed at people who tow large recreational or work trailers.

Sales of big pickup trucks in the United States have surged in recent years as gasoline prices have stabilized at less than $3 a gallon in most states. Ford in 2017 sold 896,764 F-series trucks, more than in any year since 2005.

Still, Ford, General Motors Co and the Ram brand of Fiat Chrysler Automobiles NV fight for the right to claim that their brands offer the most fuel-efficient large pickup – even when those high-mileage models have limited availability or cost more than conventional gasoline-fueled trucks.

The automaker is negotiating to settle the complaints and received government clearance to offer a 3.0-liter diesel in it’s 2017 and 2018 Ram trucks. That model is rated at 27 miles per gallon in highway driving.