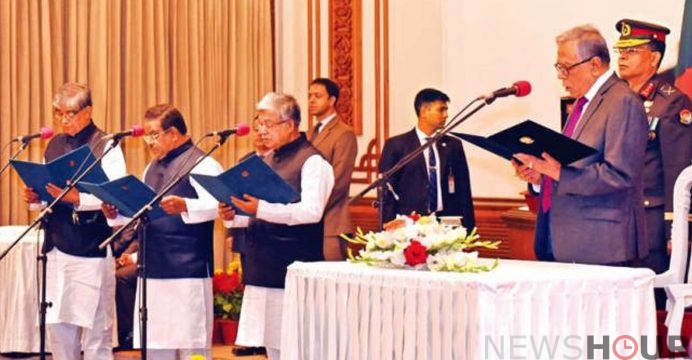 The 50-member council of ministers yesterday witnessed the induction of three new members and elevation of the status of a state minister as a full minister with President Abdul Hamid administering their oath of office at Bangabhaban.

The oath-taking ceremony was held yesterday at 6.30 pm at the Darbar Hall of the Bangabhaban which was witnessed by Prime Minister Sheikh Hasina and several of her cabinet colleagues.