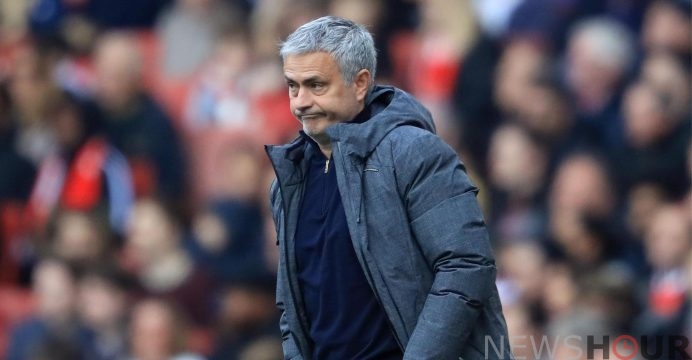 Jose Mourinho has lambasted former Manchester United midfielder Paul Scholes after he criticised the manager and key players in his role as a TV pundit.

Scholes singled out Paul Pogba, the club’s record signing, after his anonymous performance in the weekend draw with Southampton.

But the French international was far more impressive in the 2-0 victory at Everton on New Year’s Day, which ended a run of three consecutive United draws and put the Red Devils 12 points behind runaway leaders Manchester City.

The victory allowed Mourinho to launch a remarkable verbal attack on Scholes, one of the storied “Class of 92” who was a key part of some of the greatest successes in United’s history.

“I think the only thing Paul Scholes does is criticise,” said Mourinho. “I don’t think he comments, I think he criticises, which is a different thing.

Scholes accused Pogba of coasting through games and failing to make the sort of impact his o89 million ($120 million) transfer fee demands.

But Mourinho was clearly in the mood to defend his player and claimed that part of Scholes’ attitude was fuelled by jealousy.

“It’s not Paul’s fault that he made much more money than Paul Scholes. It’s just the way football is.

The United manager, who won at Goodison thanks to superb goals from Anthony Martial and Jesse Lingard, both of which were set up by Pogba, also believes that Scholes has a desire to break into management.

The former United player recently claimed that his application for a job managing United’s under-23 team was turned down by the club’s management.

“If Paul one day decides to be a manager I wish that he can be 25 percent as successful as myself,” said Mourinho.

Mourinho did round off his criticism by adding that he believed Scholes was “a phenomenal player” and called him “one of the best I’ve ever seen playing in midfield”.

“The prestige of this club is based on people like him, so successful here,” he said.