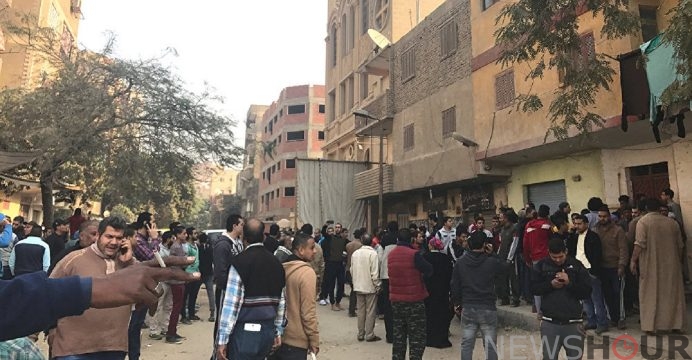 At least 10 people killed after a gunman opened fire on a Coptic church near the Egyptian capital, Cairo

At least 10 people have been killed after a gunman opened fire on a Coptic church near the Egyptian capital, Cairo, Egypt’s health ministry said.

Local reports said there was a second attacker, and claimed that policemen were among the victims, a majority of which were Coptic Christian.

Omar Ashour, a visiting professor of security studies at the Doha Institute, told Al Jazeera the attack was part of an “ongoing crisis” in Egypt.

“It’s more continuity than change, we still need more details to come up, but so far Egypt has witnessed over 2,000 attacks in the last three years,” he said.

“There are two issues one is the political crisis in Egypt which unfolded after 2013. That has not been resolved, and it’s creating more and more recruitment and radicalization to armed groups of various forms.”

“There is also basically a series of counterinsurgency and counterterrorism blunders which the Egyptian forces have been committing, and that is adding more and more oil to the fire.”

No group has yet claimed responsibility for the attack. The Islamic State of Iraq and the Levant (ISIL, also known as ISIS) has frequently targeted Egyptian Coptic Orthodox Christians this year.

In May, the armed group attacked Copts traveling to a monastery in central Egypt, killing 29 people. A month earlier, 44 people were killed in bomb attacks at a cathedral and another church on Palm Sunday. Egypt’s Christian minority makes up about 10 percent of the country’s population.