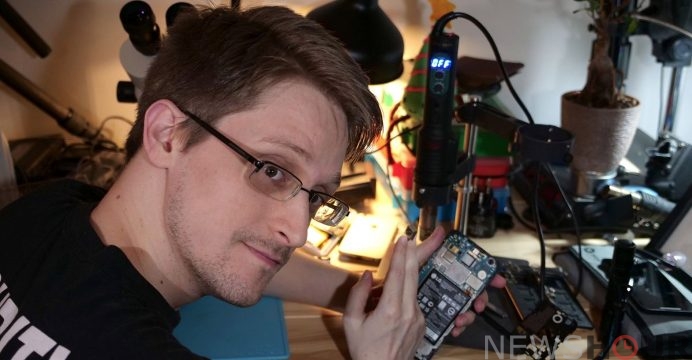 US whistle-blower Edward Snowden has helped create an Android app called “Haven” designed to protect the possessions of journalists and human rights defenders.

The software uses sensors – including a phone’s camera, microphone, gyroscope and accelerometer – to detect intruders tampering with someone’s possessions.

Haven is a “personal security system” that empowers individuals to use a cheap second phone running free, open-source software to monitor their possessions and physical spaces when they are away from them. Haven is a joint project between Guardian Project and Freedom of the Press Foundation (FPF).

It is open source, meaning its code can be inspected. It is designed to be used on a “second” smartphone that can be left with the possessions a user wishes to monitor.

The app was created as a joint venture between The Guardian Project and Freedom of the Press Foundation, of which Edward Snowden is board president.

“Haven detects changes in the environment using the sensors in a typical smartphone to alert you if anyone enters your space or attempts to tamper with your devices while you aren’t there.”

The app then sends encrypted alerts to the user’s primary phone, allowing them to monitor the activity via a server on the dark web, known as Tor Onion.

It does not transmit information that third parties can access unless the user has SMS functionality turned on, which they can do for situations in which they would not otherwise be able to receive data.