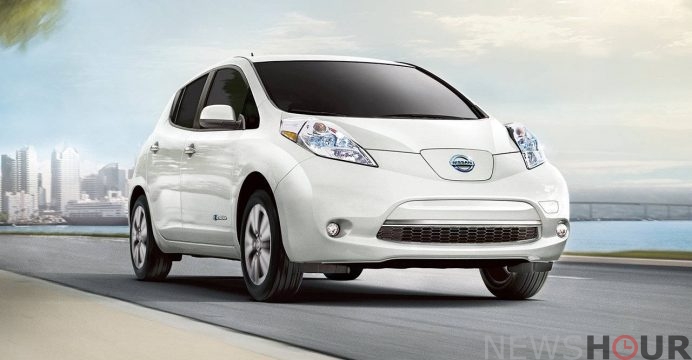 Fast forward eight years: Consumers’ understanding and appetite for electric vehicles have been transformed, with demand experiencing a five-fold increase since 2012. Now, the vast majority of car brands are developing their own first-generation EVs.

Back in 2010, when the first-generation LEAF was introduced in Europe, most competitors were skeptical towards this Nissan innovation. They continued their focus mainly on internal combustion engine improvement.

Fast forward eight years: Consumers’ understanding and appetite for electric vehicles have been transformed, with demand experiencing a five-fold increase since 2012. Now, the vast majority of car brands are developing their own first-generation EVs.

At the same time, Nissan has built upon the experiences and feedback of 83,000 LEAF drivers to develop a brand new vehicle.

That car – the all-new Nissan LEAF – has received unprecedented interest from customers since its European unveiling in October 2017. In two months, 10,000 have been ordered across the region, and growth is expected to increase as the vehicle starts to hit showrooms from February 2018.

At the same point back in 2010, orders for the original LEAF could be counted in the hundreds, as customers were presented with this new and exciting – but still unproven – technology.

“We are delighted by the tangible customer interest we have received for the new LEAF, as it confirms the leadership Nissan has in electric vehicles,” said Gareth Dunsmore, director, Electric Vehicles, Nissan Europe.

“However, the new LEAF is not just our new generation electric vehicle, but also the icon of Nissan Intelligent Mobility in Europe.”

Since its global debut in Japan in September, consumer interest and momentum for new LEAF has built steadily across Europe. In early October initial vehicle specifications and pre-sale pricing were released at Nissan’s Futures 3.0 event in Oslo, Norway. Since then, customers have been able to place orders for new LEAF through their local Nissan retailer.

To date, customer interest in the new LEAF has been stimulated through positive media coverage. The car has been praised for the host of new innovations and technologies it brings, including Nissan ProPILOT driver assistance technology, and Nissan e-Pedal, which when activated allows the driver to reduce use of the brake pedal by up to 90%.

Impressively, the 10,000 customer orders have been taken without new LEAF being physically available in Nissan retailers for test drive, and without direct consumer advertising and promotion.

All European markets are now finalizing their full model lineup and pricing for new LEAF as formal start of sales approaches.

Production of the new LEAF began earlier this month at Nissan Europe’s manufacturing facility in Sunderland, UK, and is being ramped up to meet the high customer demand. First deliveries will start in early February 2018.