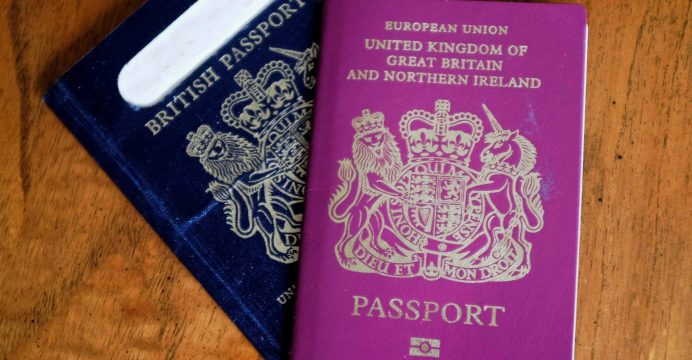 British passports will change from burgundy to blue after Britain leaves the EU, the Home Office has said.

Immigration Minister Brandon Lewis said he was delighted to return to the “iconic” blue and gold design which came into use almost 100 years ago.

The new passports will be issued to those renewing or applying for a passport from October 2019.

Burgundy passports were first issued in 1988. The EU has never compelled the UK to change the colour of its passport.

He added: “In the 2016 referendum, we wanted our passports back. Now we’ve got them back!”

But Labour MP Mary Creagh tweeted: “No-one under 45 will have owned a blue passport, and most will think they’re not worth £50 billion and crashing the economy.”

Mr Lewis told BBC Radio 4’s Today programme he knew many Remain voters who still had an “attachment” and “speak fondly” of the blue passport.