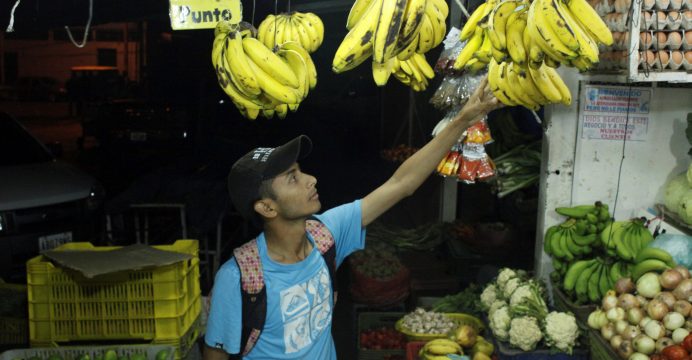 Thousands of impoverished Venezuelans are crossing the border to Colombia every day to sell cheap basics, from oranges to candles, in a desperate attempt to earn hard currency amid their country’s worsening economic collapse.

The porous roughly 2,220-kilometer (1,380-mile) frontier for years has been rife with smuggling due to the massive differences in prices on either side due to controls imposed by Venezuela’s socialist government.

But in the past three months there has been a spike in Venezuelans migrating to the border area and spending their days going door-to-door trying to sell low-cost goods in Colombia.

Hundreds of vendors are sleeping in the streets of the Venezuelan border town of San Antonio, while the surge in hawkers on the Colombian side is stoking anger among local shopkeepers.

Albert Rodriguez, 22, spends his nights on a plastic sheet in the streets of San Antonio since moving from Venezuela’s inland agricultural state of Lara a month ago. He sells coffee in Colombia, but still has not been able to send money home to help his newborn daughter.