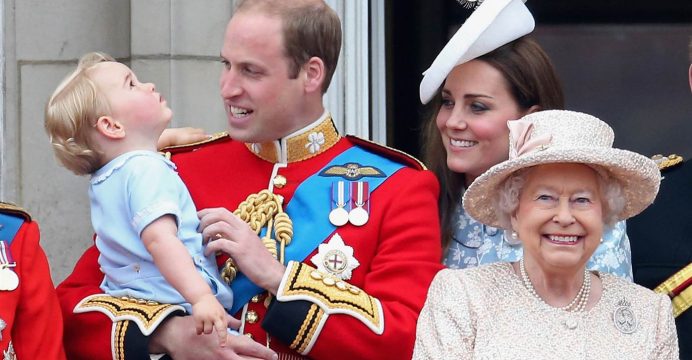 The UK’s new aircraft carrier, HMS Queen Elizabeth, is leaking because of a faulty seal.

The Royal Navy’s future flagship, which was commissioned by the Queen earlier this month in Portsmouth, has a problem with one of its propeller shafts.

The fault on the £3.1bn carrier was first identified during sea trials.

A Royal Navy spokesman said the ship is scheduled for repair and the fault does not prevent it from sailing again early in the new year.

According to the Sun newspaper, HMS Queen Elizabeth has been taking on up to 200 litres of sea water every hour because of the fault.

BBC defence correspondent Jonathan Beale said the problem was “highly embarrassing” for the Royal Navy and was just one of a number of snags still to be rectified.

A Royal Navy spokesman said: “An issue with a shaft seal has been identified during HMS Queen Elizabeth’s sea trials; this is scheduled for repair while she is alongside at Portsmouth.

“It does not prevent her from sailing again and her sea trials programme will not be affected.”

The Royal Navy is trying to play down the problem, after first trying to hide it.

It is clearly embarrassing.

They have known about the problem for some time but they did not want it to get in the way of the commissioning ceremony in front of the Queen.

The truth is similar leaks in other warships are not unusual and can be fixed relatively easily.

The difference this time though is the scale of HMS Queen Elizabeth and the fact she has just been handed over to the navy.

The big question is whether the leak can be fixed while it is still in the water.

The navy insists the job can be done without her going back to dry dock, which would be costly and add to delays.

Either way, the navy insists the fault will have to be rectified and paid for by the contractors, along with a list of other “snags”.

Defence Secretary Gavin Williamson said the cost of the repair would be funded by the contractors that built it.

He added: “This is the reason why we have the sea trials, to make sure that everything is working absolutely perfectly. This is something that work is currently ongoing to deal with.”