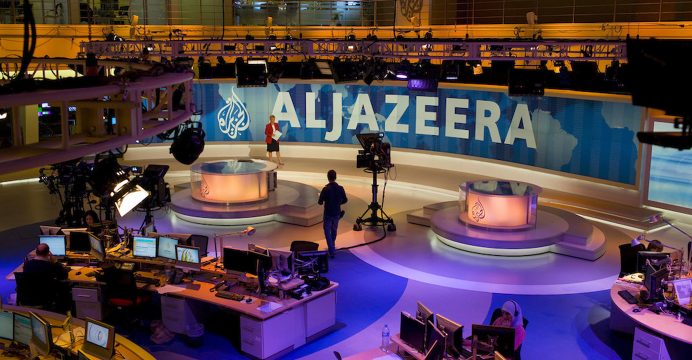 The bashing of Al Jazeera: an analysis behind the scene

The constant vilifying of Al Jazeera increases its popularity and enhances its credibility.

Here we go again. We gloss over the message but blame the messenger. We read that Al Jazeera’s coverage of President Donald Trump’s recent decision to transfer the US Embassy from Tel Aviv to Jerusalem is “promoting hatred and furthering tensions.” 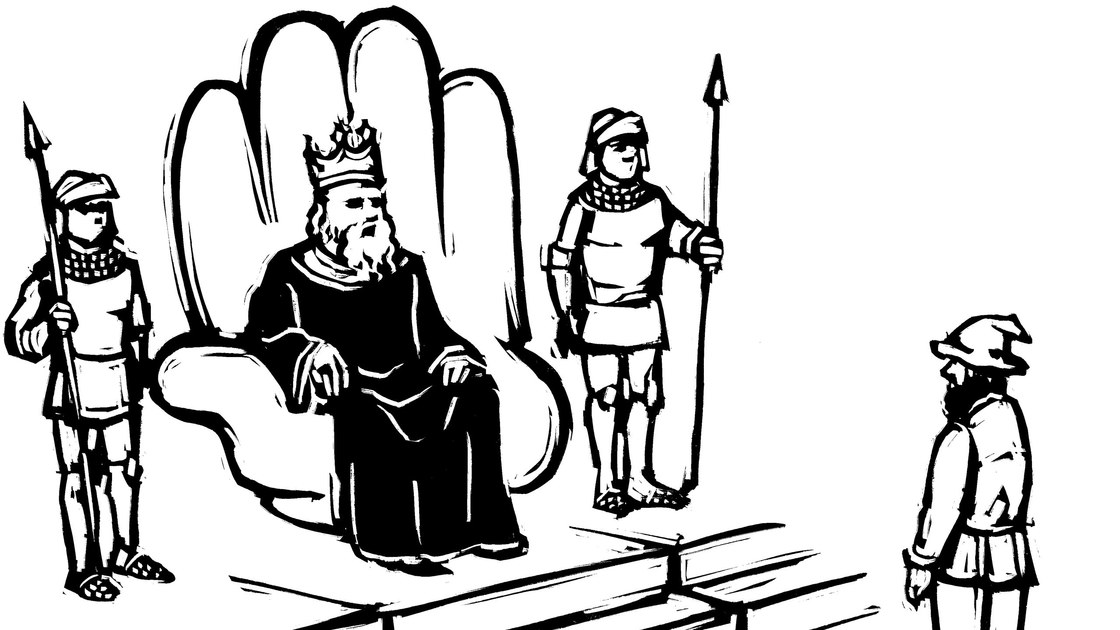 Apparently, Al Jazeera Arabic’s coverage of Trump’s Jerusalem announcement has given air time to extreme views. In the view of many in the Arab World and outside, the Trump’s decision is considered very extreme and provocative not just to Palestinians but to Muslims and Christians throughout the world.

Critics of Al Jazeera say that during its daily evening program, Al Jazeera aired a tweet by Hamas — which is designated as a terrorist organization by some countries — calling the Arab and Muslim nations to mark last Friday as a “day of anger against the occupation.”

Meanwhile, Egypt has extended Al Jazeera journalist Mahmoud Hussein’s imprisonment for another 45 days as the producer, who is in poor health, nears one year of incarceration on dubious charges.

Hussein was taken by Egyptian security officers on December 20 last year and accused of reporting “false news with the aim of creating chaos”.

Al Jazeera Media Network denies all allegations against Hussein and has demanded his immediate and unconditional release.

Not in defence of Al Jazeera

In June this year, Egypt, Saudi Arabia and the UAE demanded the closure of Al Jazeera and any publications and websites “directly or indirectly supported by Qatar”. Saudi Arabia and its partners demanded that Qatar must shut down the Doha-based Al Jazeera channel and the London-based The New Arab Satellite TV Channel.

Hugh Miles, the author of Al-Jazeera: “How Arab TV News Challenged the World” wrote in the Guardian: “On 23 June, Saudi Arabia, the United Arab Emirates, Bahrain and Egypt subjected Qatar to unprecedented diplomatic and economic sanctions, followed by an aggressive blockade and threats of further action if Qatar fails to meet a list of 13 demands, one of which is to shut down the Al-Jazeera network.”

“If Doha capitulates – and there are no signs it will – it will effectively have lost its sovereignty and become a vassal state of Saudi Arabia and the UAE. Yet defying the deadline could lead to regime change in Qatar or even war.”

It is an established fact that Al Jazeera is the most widely watched Arabic channel, but it has long drawn the ire of Middle East governments for airing sensitive controversial viewpoints. Qatar has previously said it would not negotiate sovereign and internal matters, including Al Jazeera, under pressure from Saudi Arabia and the United Arab Emirates.

According to Miles, Al-Jazeera transformed the Arab media from a natural extension of the intelligence and security agencies to an independent sector whose values were transparency, accountability, and democracy. This is exactly what so many Arab regimes fear.

Since it came into existence in 1996, Al Jazeera Arabic Satellite Channel has played a critical role in shaping public opinion in the Middle East. Not only educating and informing but also provoking controversy and opening up debate on issues considered taboo prior to the era of Al Jazeera.

The channel caused a media earthquake and changed the landscape of the Middle East media scene. It had successfully rumbled the dictators and shaken the regimes. Most Arab dictators have singled out Al Jazeera as the most dangerous enemy. Its broadcasts were blocked, offices trashed and its correspondents black-listed or even arrested and imprisoned.

Some even complained that Al Jazeera is a Foreign Policy tool in the hands of the Qatari government. Officially, Qatar denied this, but no one can deny that Al Jazeera has enhanced the image of Qatar globally and within the Arab world. Generously funded by the government of Qatar, it has done a great job in promoting the concepts of freedom of speech and democracy in the Middle East.

The Washington Post wrote the following on June 23rd, “The Qatari-owned network has a mandate to produce ambitious journalism on a wide range of subjects (some taboo). It offers, too, a broader range of opinions than most Arab media.

These qualities have made it the most popular network in the Middle East. It’s also attracted a lot of enemies. Rulers in places such as Saudi Arabia and Egypt resent the station’s broad reach and its willingness to rile up the opposition. They don’t like its Islamist bent, and they’re angry that their populations are exposed to reporting critical of their regimes (and supportive of the Qatari agenda)

The network’s success, however, made it a target of criticism, both from the outside and from within. After September 11, 2001, attacks, Americans accused the channel of stoking anger and fear about U.S. foreign policy. In 2012, China took action against Al Jazeera English. Indeed, the channel has probably alienated every regional leader at one point or another”. 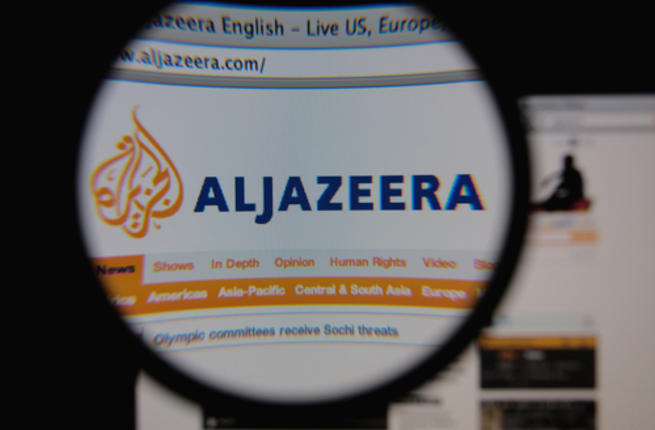 In November 2002, Al Jazeera’s office in Kabul, Afghanistan, was destroyed by a US missile. In April 2003, an Al Jazeera journalist died when its Baghdad office was struck during a US bombing campaign. In April 2004 during Tony Blair’s visit to Washington, it was revealed that Blair talked ex-President George W Bush out of launching a military strike on Al Jazeera’s HQ in Doha Qatar.

To the opponents of free speech, the channel is no more than a mouthpiece for Islamists. It has given Qatar powerful clout over popular opinion across the Arab world. Many saw Al Jazeera as an arm of the Qatari Foreign Ministry. Some believe that during the forthcoming negotiations, the detractors may insist that Al Jazeera tones down its political reporting and analysis

A recent FT analysis says: “Since its inception, Al Jazeera has sparked controversy, hosting political dissidents, Islamists, and even Israelis – one of the first Arab channels to do so. It interviewed Osama bin Laden after the 2001 Twin Towers attack, and broadcast messages from al-Qaeda for the rest of the world.”

Al Jazeera has been criticised for many reasons. One of which is lack of impartiality and objectivity in covering the unfolding events in Syria and Libya.

I argue that this is not the case.

For a start, Libya and Syria prevented Al Jazeera’s teams from doing their job in covering the mass protests against their dictatorial regimes. Despite that, the Channel has given plenty of space for the pro-regime spokespersons and defenders to have their say and peddle their lies.

Al Jazeera was the first Arabic channel to invite Israeli politicians and commentators to express their views on political issues during news bulletins and live-shows.

The station had broadcast visceral videos of horrific scenes of the injured and dying in Syria. This kind of material was deemed too gruesome to be shown on the BBC, Sky or Channel 4.

Critics keep saying that Al Jazeera never focused on local issues and never criticized the regime. This is unfair and untrue. I have seen live discussion programmes in which studio guests expressed disapproval of Qatar for hosting an American military base at Al Udeid. It invited guests who accused the Station of being a Zionist agent. Phone-in callers said all sorts of nasty things about Al Jazeera and Qatar during uncensored live transmission.

The coverage of the Arab Spring has been effective, comprehensive and professional. I heard comments that Al Jazeera Arabic is less objective than the more restrained Al Jazeera English. I don’t see how you could be objective when you see the Syrian regime shell residential areas, or when you see tanks firing at apartment blocks.

Al Jazeera’s professional and dedicated coverage unified the Arab Street under the banner of the Arab Spring Tsunami that is sweeping the region. To appreciate how good Al Jazeera is, all you have to do is to take a look at the mediocre Libyan, Syrian State Channels, Egyptian other state-owned channels.

On hearing of the 13 demands, I tweeted: “I demand that the BBC, Sky News, Channel 4, Fox News, and QVC are shut immediately because I don’t like some of the stuff they broadcast.”