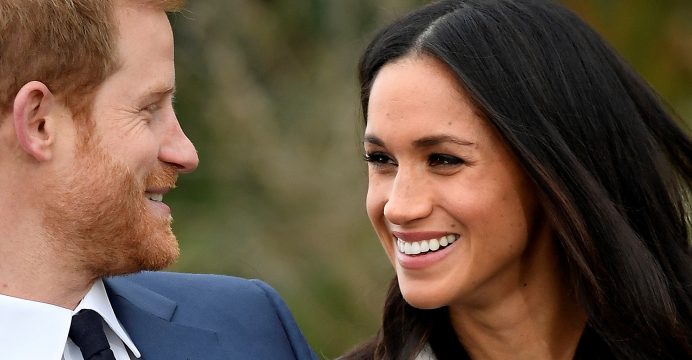 Prince Harry and Meghan Markle’s wedding will be held on Saturday 19 May 2018, Kensington Palace has announced.

The pair confirmed their engagement in November and said the service would be at St George’s Chapel, Windsor Castle.

The date breaks with tradition as royal weddings usually take place on a weekday – the Queen wed on a Thursday and the Duke of Cambridge on a Friday.

His Royal Highness Prince Henry of Wales and Ms. Meghan Markle will marry on 19th May 2018.

Today’s announcement follows earlier confirmation of the month of the wedding and its location at St George’s Chapel, Windsor Castle. pic.twitter.com/7pgdRM90Na

The wedding will be on the same day as the FA Cup Final, which Prince William normally attends as FA president.

The time of the match has yet to be confirmed, but in recent years it has taken place at 17:30 GMT.

The Royal Family will pay for the wedding, including the service, music, flowers and reception.

Ms Markle will be baptised into the Church of England and confirmed before the wedding.

Earlier this week, Kensington Palace announced the couple will be spending Christmas together at Sandringham with the Queen.

The prince and the American actor, 36, carried out their first official engagementin Nottingham on 1 December.

Prince Harry made a public appearance at Sandhurst earlier on Friday – 11 years after he graduated from the military academy – for the Sovereign’s Parade.