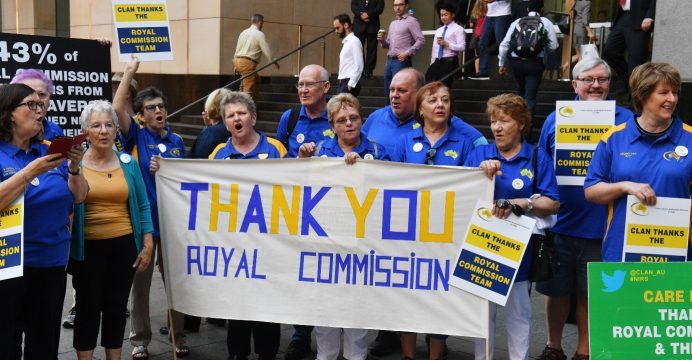 A five-year inquiry into sexual abuse in Australia has released its final report, saying institutions had “seriously failed” to protect children.

The accusations covered churches, schools and sports clubs over decades.

Among more than 400 recommendations, the report calls on the Catholic Church to overhaul its celibacy rules.

“Tens of thousands of children have been sexually abused in many Australian institutions. We will never know the true number,” the report said.

“It is not a case of a few ‘rotten apples’. Society’s major institutions have seriously failed.”

Since 2013, the royal commission has referred more than 2,500 allegations to authorities.

The final report, released on Friday, added 189 recommendations to 220 that had already been made public. The proposals will now be considered by legislators.

Who did the inquiry speak to?

The Royal Commission into Institutional Responses to Child Sexual Abuse had the power to look at any private, public or non-government body involved with children.

It was contacted by more than 15,000 people. More than 8,000 victims told their stories, many for the first time in private sessions.

The commission also received more than 1,300 written accounts and held 57 public hearings across the nation. Allegations were raised against more than 4,000 institutions.

Religious ministers and school teachers were the most commonly reported perpetrators, the report said. The greatest number were in Catholic institutions.