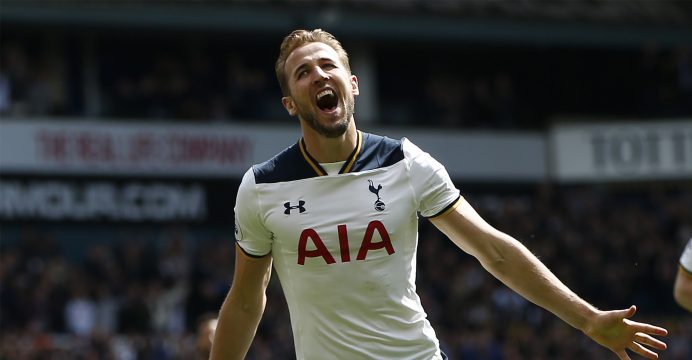 Tottenham Hotspur sharpshooter Kane prays a corner has been turned

Tottenham Hotspur striker Harry Kane hopes the 5-1 victory over Stoke on Saturday is proof his side are back to their best after going four matches without a league win.

Kane, whose brace on Saturday took his tally to 50 goals for the calendar year, will get a quick response as Spurs host Brighton and Hove Albion on Wednesday.

The poor run effectively ended their title challenge — they are 18 points off leaders Manchester City — but they are only two points adrift of Liverpool, who occupy the fourth and final Champions League spot.

“We had a tough spell in the Premier League recently and we wanted to put that right,” said Kane.

“We were all up for the Stoke game and we said we had to get ahead because we’ve been going behind and having to chase the game against teams like Stoke (and then) it’s difficult to get back into it.

“I feel good, I feel sharp. It was important for everyone to play well.”

Erik Lamela will be pushing for more game time having played his first home game in over a year against Stoke.

The Argentinian midfielder has made three substitute appearances following his hip injury and revealed the torment he felt during 13 months out of the game.

“I worked really hard and during the time that I was injured I suffered a lot, especially mentally,” he said.

“It was very good to go on the pitch and feel the reaction from all the people.”