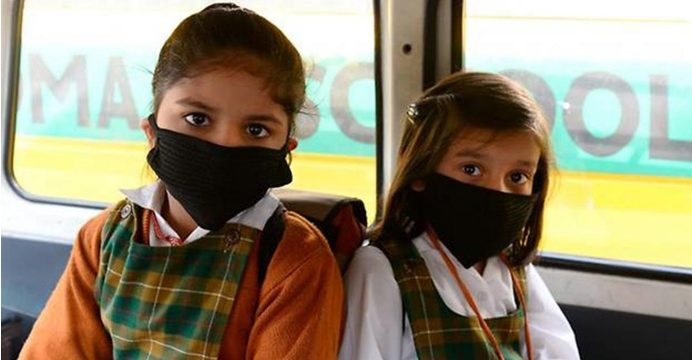 As New Delhi and other major cities hit new toxic smog peaks, the United Nations sounded the alarm Wednesday over the damage that pollution is doing to babies’ developing brains.

The UN’s children’s agency, UNICEF, said Asia accounts for more than 16 million of the world’s 17 million infants aged under one year living in areas with severe pollution — at least six times more than safe levels.

India topped the list of countries with babies at risk, followed by China, UNICEF said in a report.

Satellite imagery used to assess pollution levels around the world found that South Asian countries accounted for 12.2 million of the total number of affected children but that there is also a growing problem in African cities.

Air pollution has already been linked to asthma, bronchitis, and other long-term respiratory diseases.

“But a growing body of scientific research points to a potential new risk that air pollution poses to children’s lives and futures: its impact on their developing brains,” UNICEF said.

The report highlighted links found between pollution and brain functions “including verbal and nonverbal IQ and memory, reduced test scores, grade point averages among school children, as well as other neurological behavioural problems.”

“As more and more of the world urbanises, and without adequate protection and pollution reduction measures, more children will be at risk in the years to come.”