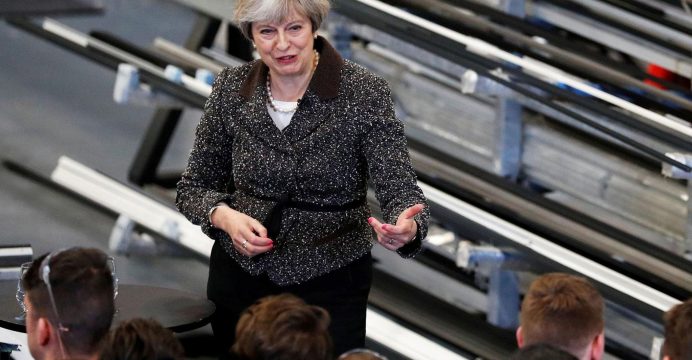 A man appeared in a London court on Wednesday on suspicion of plotting to kill Prime Minister Theresa May.

A prosecution lawyer told Westminster Magistrates Court that the plot was to detonate an explosive device at the gates of Downing Street, gain access to May’s office at Number 10 and to kill her.